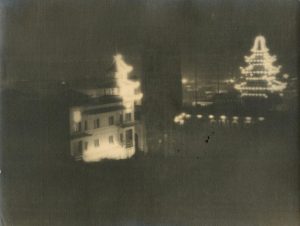 For over 25 years, Be-Hold has been the place for important photographs that depict the history of America. Witness history again at their Photographs: Social History and Art Auction with early 20th-century vintage photographs.

The auction’s highlights include an early 20th century ‘Girl and Sunflower’ photograph from German-born American, Arnold Genthe and multiple pieces from Margaret Bourke-White including work depicting the Great Depression. Genthe, best known for his portraits of San Francisco’s Chinatown, is an internationally recognized photographer for working in the soft-focus pictorialism style. And Bourke-White, American born, is best known for her extensive contributions to photojournalism and insightful pictures of 1930s Russia, German Industry, and the impact of the Great Depression. And she is particularly known for her Life Magazine work. She was one of the original four photographers who launched the magazine.