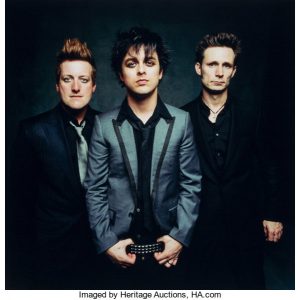 Born in Berlin, Germany in 1905, Ruth Bernhard moved to New York in 1927. There, she became a distinguished photographer capturing women and inanimate objects in monochrome. Highlighted in the upcoming Photographs Monthly Online Auction are several of her works, including her 1962 photograph titled In the Box, San Francisco, California. This photo shows a woman inside of a box, positioned on her back with her arms above and under her head. Her legs are curled with the right on top of the left.

Coming to the United States in 1881 from Luxembourg, Edward Steichen was a photographer strongly influenced by the art of Claude Monet. Steichen became widely known for his work with the Vogue and Vanity Fair magazines between 1923 and 1938. In this Heritage Auctions event is the photographer’s 1925 piece titled Sunday Night, 40th Street, New York. Other lots include Gene Trindl’s 1956 photograph of Louis Armstrong on the set of High Society, Frank Worth’s 1954 photo of Marilyn Monroe sitting in a chair, and a photograph of Ed White walking in space from the National Aeronautics and Space Administration (NASA). View the entire catalog and place a bid at Heritage Auctions.