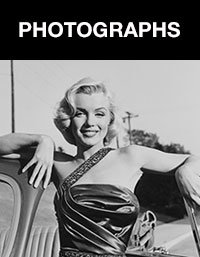 Known for his dedication to the documentation of social inequality, Bruce Davidson has been a member of the prestigious Magnum Photos agency since 1958. Since the 1980s, Davidson began to shift from black and white to color photography. Subway, his first color photography series, captured the gritty vitality of the New York Metro underworld. The series is an important historical document of New York City’s social history. The upcoming Photographs Monthly Online Auction, presented by Heritage Auctions, will feature two photographs from Davidson’s Subway series. One of them shows the New York City skyline in the evening while the other captures a snowy winter night from the window of a train.