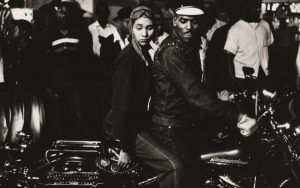 “The camera should be used for a recording of life, for rendering the very substance and quintessence of the thing itself, whether it be polished steel or palpitating flesh,” stated Edward Weston. From portraits to still life, the works of Weston reveals his skill to transform an art form into a visual enigma. One of his finest pieces is available at Photographs Auction by Christie’s.

Other notable works being presented in this auction include photographs by Irving Penn. Penn was an influential American photographer whose radical approach to neutral composition, natural lighting, and form altered the history of the medium. He recreated the definition of beauty through his minimalistic works.

The appeal of the auction does not end here as the sale will be presenting works of revolutionary artists such as Edward S. Curtis- who left an enduring mark on the history of photography. Along with the creative photography of Imogen Cunningham, whose works emphasize a sensual and energetic pulse that runs through life. View more intriguing lots on Christie’s.