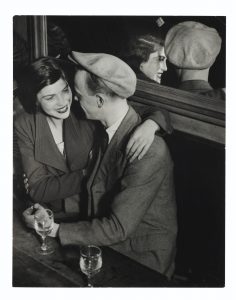 Diane Arbus is known for her black and white photographs capturing various marginalized groups. Her interest in photography developed after she received her first camera from her husband, Allan Arbus. Together with her husband, Arbus contributed to many popular magazines, including Vogue, Glamour, Harper’s Bazaar, and Seventeen. The upcoming auction, presented by Christie’s, highlights a photograph titled Family on their lawn one Sunday in Westchester, N.Y. by Arbus. This gelatin silver print was part of her 1968 assignment for The London Sunday Times.

The auction will feature a gelatin silver print titled Mcclellanville, S.C. (Barber Shop Through Screen Door) by Robert Frank, a Swiss photographer, filmmaker, and author. Also offered are still-life images and portraits from the 20th-century photographer and printmaker Irving Penn. Prints from Penn’s flowers series for Vogue and studio portraits of tradespeople from his Small Trades series are particularly highlighted. Completing the auction are works from contemporary artists such as Hiroshi Sugimoto and Thomas Ruff, along with Polaroid prints by Ansel Adams and Andy Warhol. Interested collectors can explore the full listings and register to bid online on Christie’s.