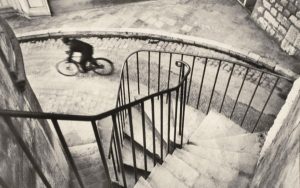 Featured in the upcoming Photographs auction, offered by Christie’s, is a gelatin silver print titled Maureen Gallagher and A Night Feeder at Hog Ranch. This 1987 photo from Peter Beard shows a nude woman feeding a giraffe. Beard, a celebrated contemporary photographer, is known for documenting the African wilderness and lifestyle.

Along with Beard’s works, a selection of photographs by Robert Frank, Richard Avedon, and Irving Penn are also offered in the sale.  Marilyn Monroe is pictured in an available lot from Richard Avedon. This piece comes from an edition of fifty prints. Made in 1980, it is a gelatin silver print, flush-mounted on linen. Avedon’s signature Minimalistic style can be seen in the available work. Another featured photograph is Robert Frank’s Sick of Goodby’s. Frank was best known for his raw and expressive style of photography. For more information on these lots, visit Christie’s.