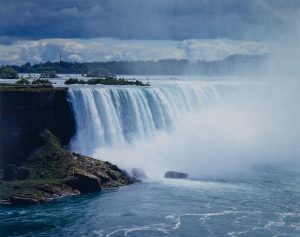 Born in New York City in 1923, Richard Avedon became one of the most revolutionary photographers of the 20th century. His sophisticated, refined, and minimalistic style has pushed the boundaries of contemporary photography. The works of Richard Avedon and similar photographers are profiled in the upcoming Photographs auction offered by Bonhams. One piece, a vulnerable portrait of Avedon’s father, represents a distinct style of portrait photography that is nothing short of iconic.

While the portrait of Avedon’s father stirs emotion, photos by Andres Serrano spark controversy. His work, “Piss Christ,” is truly one of a kind. The photograph depicts a plastic crucifix submerged in a glass of the artist’s urine. The auction’s highest valued item, “Piss Christ” joins spirituality with physicality in a peculiar and thought-provoking way. The sale also offers works from acclaimed artists such as Robert Frank, Ansel Adams, and Peter Lindbergh. Explore the full catalog on Bonhams.