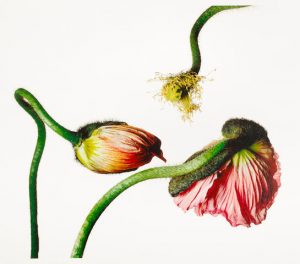 Bruce Davidson, an American photographer, is best known for his sympathetic portrayals of communities on the margins. A selection of prints from Davidson’s East 100th Street series is a key lot in the upcoming Photographs sale, presented by Bonhams. After receiving a grant from the U.S. National Endowment for the Arts, Davidson photographed a single street in Harlem from 1968 to 1970. The auction house notes that the series was perhaps Davidson’s most influential body of work, showing life in what was then a particularly poverty-stricken area.

In 1926, Walker Evans went to Paris intending to write, but the Surrealists he met there had such great influence on him that he took up photography instead. Fascinated by his reflection, he shortly executed his first series of self-portraits. One piece from the series, titled 5 rue de la Santé, Paris, is among the featured lots. Also highlighted is Nick Brandt’s Elephant with Tattered Ears, Ambroseli. Brandt’s photography often captures the disappearing wildlife of East Africa. View all of these lots and register to bid at Bonhams.