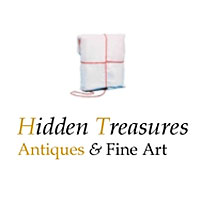 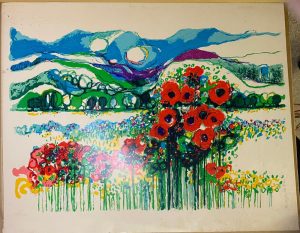 Considered a leading figure of Abstract Expressionism, American artist Adolph Gottlieb (1903-1974) significantly changed his method of painting throughout his career in response to cultural changes in America. As he once said, “The role of the artist, of course, has always been that of image-maker. Different times require different images.” Following World War II, Gottlieb responded to the horrors of war with his Burst series, which began in 1957 and continued until his death in 1974. One of the featured lots in the upcoming auction, presented by Hidden Treasures Antiques & Fine Arts, is a poster from that series. The poster shows a pale yellow orb on top and a black mass below. “Guild Hall is for Everyone” is written on the bottom of the poster.

Other highlights include works by Karl Bodmer, a Swiss-French printmaker, etcher, lithographer, and painter. One of the available Bodmer pieces is an engraving of the Sauk people. Bodmer first encountered the Sauk in 1833 when the group pleaded for the release of Chief Black Hawk from the U.S. Army. Bodmer pictures this group as they await a decision from the government. To view the complete catalog and register to bid online, visit Hidden Treasures Antiques & Fine Arts.