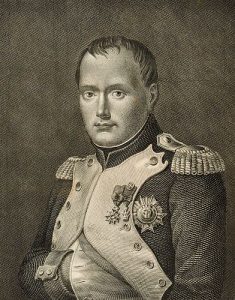 The second session of the Rare Books, Prints, Historical Photography sale, offered by Jeschke van Vliet Auctions, features a French stereoscope with 14 slides. While looking through two glass eyepieces, the viewer can observe images such as the prehistoric station of Low Laugerie and Grand Roc Cave. The case was designed and constructed by A. Mattey, a well-known manufacturer of watchcasts and stereoscopes of the early 20th century.

Bidders will find a collection of more than 22,000 letters and proclamations from Napoleon Bonaparte, including his writings during his time on St. Helena. Another Napoleon-related lot is a collection of 100 works on Napoleon and his time. The auction also presents written works on the history of Sumatra, the first six books of the elements of Euclid, the Chemical Atlas of Edward Youmans, and more.

Photographic prints in the auction include an album of 200 original silver gelatin photos. The images show submarines and war ships, as well as their above and below-deck crews. The album is partially inscribed, and a few of the images capture the first radios on board a vessel, sinking ships, and artillery. View any of these lots and register to bid on Bidsquare.