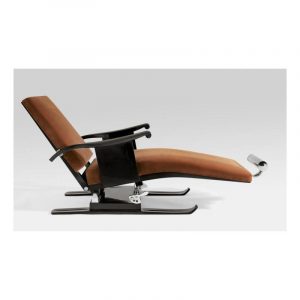 Highlighted in the sale is the Chaise Longue ‘aux Skis’ by Émile-Jacques Ruhlmann. Designed in 1929 as part of a Studio-Chambre suite commissioned by the then-heir to the Indore Kingdom of India, Yashwant Rao Holkar II. Only two models of Chaise Longue ‘aux Skis’ are known to exist. The whereabouts of the alternate model are unknown, making the present lot the only recorded example of the chaise to date.

The collection also features work by Alberto Giacometti, which is the result of over ten years of collaboration with the designer and decorator Jean-Michel Frank. Their collaboration gave rise to works such as the “Aigle” vase. Made in 1934, the key component of the vase is the inclusion of an abstract bird, which gives the vase its name. Some historically notable owners of these vases include Countess Mona von Bismarck and the Duke and Duchess of Windsor. To view the complete collection and register to bid, go to Sotheby’s.