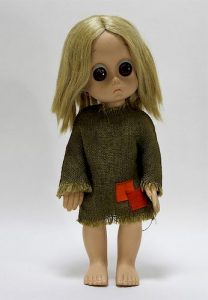 The fascination with comic books perhaps lies in the gorgeous artistry of illustrators, demonstrated time and again. The drawings are full of motion, and inking selections create dynamic tension on each page.  Maybe it is due to the ability to transcend from an era and be able to continue to captivate the modern audience with stories written fifty years prior. Or perhaps it simply has an astonishing market value that continues to accrue. Whatever the reason, there is no denying that these childhood artifacts are highly collectable as well as compelling works of modern art.

This artistic merit of vintage comics is on full display in the upcoming Massive Comic & Toy Auction. In partnership with Altered Reality Entertainment and Travis Landry,  Bruneau & Co. Auctioneers presents over 350 graded and fine quality comic books and toys that range from standard issue books to pristine rare lunchboxes and unopened action figures.

The auction’s showcase piece is a Marvel Comics Amazing Fantasy (issue 15) from August, 1962. The book featured the first appearance of Spider-Man and the first appearances of Aunt May, Uncle Ben, Flash Thompson, and Liz Allen, and is in overall good condition. It is an almost unbelievable opportunity to own the Stan Lee and Steve Ditko creation that launched a franchise worth almost 6 billion dollars globally.

Also available are a DC Comics Batman (issue 47) from October-November 1946. It features the first appearance of the Joker mobile, the first issue of comic introducing the X-Men, and over 300 other lots that feature a wide variety of books including The Green Lantern, The Fantastic Four, and Daredevil. The auction also has 32 toys and games in excellent condition, ranging from a dramatic 1979 Jedi master, Obi-Wan Kenobi, to whimsical My Little Ponys. For the complete catalogue of this compelling auction and to register to bid, go to Bidsquare.