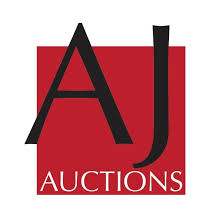 An armillary sphere is a model representing celestial objects with a framework of metallic rings centered on either the Sun or Earth. These bands depict the longitude and latitude lines and other significant astronomical features. During the Renaissance period, scholars associated the armillary sphere with knowledge and acumen. Various notable figures of the age often posed for their portrait paintings with a sphere positioned next to them. A pair of mid-19th century Italian armillary spheres highlights the upcoming John Nelson Collection sale (Part II), presented by Andrew Jones Auctions. Made of Grand Tour gilt bronze, the spheres seemingly float above Fior Di Pesco and Carrara marble.

Another notable lot of Italian origin is a pair of giltwood bronze side tables. The Neoclassical tables feature Lumachella Pavonazzo veneered marble tops. Also known as “fire marble,” Lumachella is a highly rare variety of iridescent marble made of fossilized clam and snail shells. It often adorns stone or mosaic surfaces. A pair of Chinese cachepots made of celadon porcelain also leads the listings. “Celadon” describes both jade green glazed ware and transparent glazing on porcelain. The pottery originated in China and later spread to Korea and Japan. To view the complete catalog and register to bid online, visit Andrew Jones Auctions.