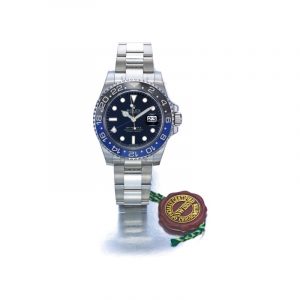 Based on the reference 5020, which was also known as the ‘TV’ screen due to its particular cushion-shaped case design, Patek Philippe produced a variant, the reference 5021. These watches were made with pavé-set diamond bezel and lugs, chaton-set diamond marker, and black lacquer dials. So far, only two examples of the 5021 have resurfaced in the market. One of which is the leading lot of the Important Watches auction by Sotheby’s.

Another highlight of the sale is a Paul Newman Daytona chronograph wristwatch with bracelet, circa 1967. Produced for a limited time between 1965 and 1969, Rolex regarded reference 6240 as an experimental watch. It was the first water-resistant Daytona. The ‘Paul Newman’ Daytona offered on sale retains its original screw-down pushers, known as “millerighe” pushers, the Paul Newman exotic dial, characterized by its square markers in the chronograph scale and subsidiary dials, as well as the alternating patterning of the coloration. Additional lots include a collection of vintage and modern timepieces from manufacturers such as Jaeger-LeCoultre, Cartier, Swiss and more. Explore the full listings and register to bid online on Sotheby’s.