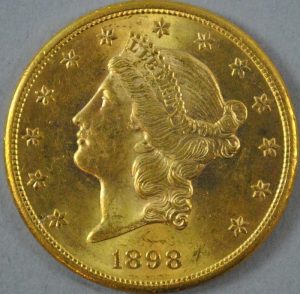 Jackie Robinson was famous for his skills in the baseball field and especially for breaking the color barrier in the sport. As the first African-American baseball player, he added accolades throughout the pages of history, as he was also the first African American to be depicted on a U.S. gold coin as a commemoration. The Gold Coin Auction by Leighton Galeries honors Robinson with an array of collectible coins including a 1997 gold & silver two-coin set. The commemorative proof set contains a gold quarter-ounce five-dollar coin and a silver dollar, with original mint packaging.

Another impressive item, in the lot of 137, is an uncirculated South African Krugerrand gold coin from 1993. Produced by Rand Refinery and the South African Mint in 1967, Krugerrand was minted to market the South African gold, which later by 1980 was accounted for 90% of the global coin market. Along with these highly precious coins, the collector’s joy also falls onto the item sitting just beside which is a 1995 American Eagle 5-coin Gold & Silver Proof Set. With the estimation of $2,800, the coin is a scarce 10th anniversary set bearing the “W” mintmark, with original mint packaging and certificate of authenticity. To find information on the items and more visit Leighton Galleries.