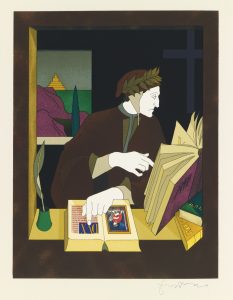 In this auction of Fine Books and Manuscripts, Swann Auction Galleries offers a dizzying number of high-value books, manuscripts, and signatures by and about well-known figures. Just a fraction of the famous names appearing here should be enough to pique the interest of any collector: Aaron Burr, Robert E. Lee, Davy Crockett, George Armstrong Custer, John Hancock, Annie Oakley, Andy Warhol, E.M. Forster, Ernest Hemingway, J.R.R. Tolkien, Leo Tolstoy, Mark Twain, Princess Grace, Audrey Hepburn, Harry Houdini, Robert F. Kennedy, Martin Luther King, Jr and so many more that it would seem comedically abundant to list them all at once.

Document collectors will find an extraordinary gathering of letters by Swedish-American actress Greta Garbo. It includes over 65 personal and professional letters, written in pencil, to her close friend Salka Viertel Garbo was an active screen presence in Hollywood from 1920-1941 and received an Academy Honorary Award in 1954. Among highly-valued books in this auction are two from Herman Melville’s library. The books are heavily annotated and underlined by Melville. One volume is signed by Melville, and both are inscribed with place names: “C[ape] Horn” and “C[ape] H[orn] 2”.

Perhaps the most valuable sheet of paper of the sale is an unsigned letter by George Washington. Just 9 lines, the letter endorses a communication by Jacob Welsh (not included). The letter reads: “Submitted to the / President of the / U States for consid’n / by Mr. Jacob Welsh / Supposed to be the / Sentiments of Maj / L’Enfant / and to have origina / ted with him.” Swann estimates this letter to fetch between $10,000 and $20,000. See the full list of famous names and register to bid at Swann Auction Galleries.