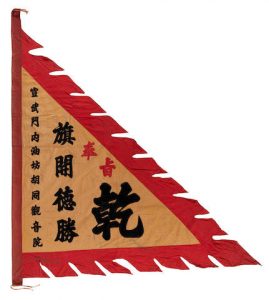 The upcoming Fine Books and Manuscripts auction, offered by Bonhams, will include a variety of works from government, literature, entertainment, religion, science, medicine, and more. Of the available government documents is a copy of the articles of impeachment of President Andrew Johnson. Compiled by clerk Isaac Strohm and signed and stamped by House clerk Edward McPherson, the document includes the 57 autographed “Yea” votes. Among these votes was that of Benjamin F. Wade, who would have served as President had the Senate trial resulted in Johnson’s removal.

There are several offerings from the world of science in this event, such as the annotated galley proofs of The Meaning of Relativity by Albert Einstein, in the original German. This galley was used for producing the English translation, with extensive annotations throughout. The annotations were added by at least three people, including Ilse Einstein, who was his stepdaughter and secretary.

From popular culture, there are original drawings and manuscripts by Shel Silverstein, including The Giving Tree. Also offered are three lots of original handwritten Elton John songs by Bernie Taupin (“Candle in the Wind,” “Goodbye Yellow Brick Road,” and “Saturday Night’s Alright (For Fighting)”). Other notable lots at auction include a signed portrait of Abraham Lincoln, a photographic album from the early days of the Johns Hopkins hospital, signed portraits of Charles Darwin, an early copy of Mary Shelley’s Frankenstein, and more.

Though the majority of the lots for sale are documents, there are a few notable exceptions, such as the props of Harry Houdini. One such prop is a steel crate with a hinged lid, which appeared in the 1953 Houdini film. Another is a milk jug that was on display for two decades at the Houdini Magical Hall of Fame in Niagara Falls, Canada. View any of these lots and register to bid on Bonhams.