Faces of the Past: Ancient Sculpture from the Collection of Dr. Anton Pestalozzi 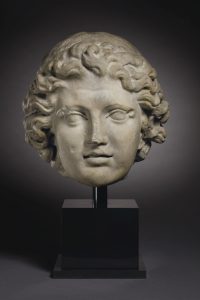 Greek, Etruscan and Roman sculptures reflect the society from the ancient past. The imagery of gods and important figures was prominent among ancient artistry. Christie’s upcoming auction ‘Faces of the Past’ is a look into the history with the 29 antiques and sculptures. All the ancient sculptures are from the collection of Dr. Anton Pestalozzi; a late Zurich-based lawyer and collector.

Noteworthy item includes a marble portrait head of Alexander the Great, who was regarded as the most powerful man in the world in his time. A rare piece from the late 2nd-early 3rd Century A.D. is available at the highest estimation of US$1,200,000. Another item of interest is a roman marble portrait head from the Emperor Septimius Severus. Severus was a successful warrior and an administrator who ruled the Roman empire from 193 to 211 A.D. For more information, browse through the available items at Christie’s.