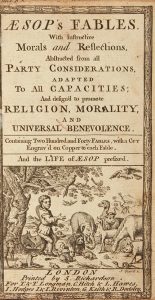 Many individuals made substantial contributions to the Scientific Revolution. One, in particular, stands out for his contributions in the scientific revolution, Sir Isaac Newton. Newton’s contributions influenced the European scientific community, particularly his studies of gravity, light, and color. These crucial discoveries were summarized in the first edition of Opticks being presented at Early Printed, Travel, Scientific & Medical Books auction by Swann Auction Gallery.

The auction features a selection of incunabula; notable works on science, and an extensive offering of volumes on innovations in medicine. Such science offerings include the first edition of Galileo Galilei’s dialogue on the Copernican and Ptolemaic systems. The item is available at $15,000. The collection of books also brings to auction a scarce first edition of a guide to the study of civil and canon law by a professor at Padua. It contributed to the understanding of civil law. Go through more items on Swann Auction Gallery.