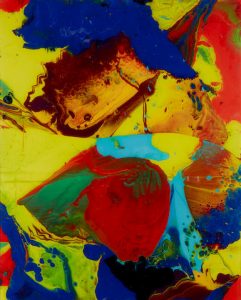 In the upcoming auction, entitled “Contemporary,” Bonhams pushes the limits of modern art. The auction’s 136 lots represent contemporary fine art, furniture, and art installations from numerous countries, from Serbia to America. One of the pieces with a high estimated value is “Polans,” a piece from Hungarian and French artist Victor Vasarely. Considered the founder of optical illusion art, his acrylics create a hypnotizing color experiment.

Serbian performance artist Marina Abramović’s “The Spirit in any Condition Does Not Burn” is a photograph of the artist in a straitjacket with the photograph’s title superimposed across the middle. Abramović’s art is known to test the limits of the body. In this piece, the body’s test is restraint. The photograph is one of only fourteen copies of the piece.

One lot of interest representing modern America is Willie Cole’s “Gas Snake.” Cole is a postmodern sculptor and conceptual artist, often critiquing the appropriation of African American culture. His art installation “Gas Snake” appears to reference America’s devotion to oil. Produced in 1992, the piece is exactly what it appears to be: a gas pump nozzle, rubber hose, and rebar. View each of these lots and register to bid on Bonhams’s website.