Collectors’ Motorcycles at the Barber Museum 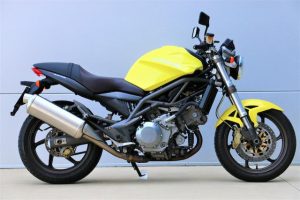 Another exceptional motorcycle is a 1974 Ducati 750SS. Produced by the Italian motorcycle manufacturing company, “the 1974 Ducati 750 SuperSport epitomizes the Italian sporting motorcycle of the 1970s,” says Ian Falloon in his 2018 book “The Ducati Story”. Those looking instead for motorcycle memorabilia should consider the “World’s Fastest Motorcycle” poster. The piece honors the Vincent Black Shadow motorcycle that broke eight world records in 1952, including the world’s fastest motorcycle. Those interested in any of these lots should register to bid on Bonhams’s website.