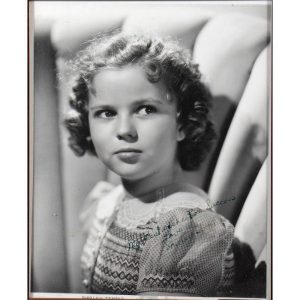 This March, Turner Auctions will offer over 200 lots of signed celebrity photographs in the Cliff House Sale. First built in 1863, the Cliff House was an iconic restaurant in San Francisco. Five U.S. presidents and innumerable celebrities visited the landmark over the years. The 157-year-old restaurant closed its doors in late 2020, citing pandemic restrictions. The upcoming event will feature vintage photographs from the now-closed restaurant. Among the highlighted pieces is an original autographed photograph of Shirley Temple. Starting her career at the age of three, Temple appeared in over 40 movies in her lifetime. She remains the youngest recipient of an Oscar.

Another highlighted lot in the event is Judy Garland’s autographed picture. Born Frances Ethel Gumm, Garland was an American actress, singer, dancer, and entertainer. Garland was the first woman to win a Grammy Award. Other featured lots include signed pictures of the Marx Brothers, Humphrey Bogart, John Wayne, and Rita Hayworth. Those interested in these or other pieces can register to bid on Turner Auctions’ website.