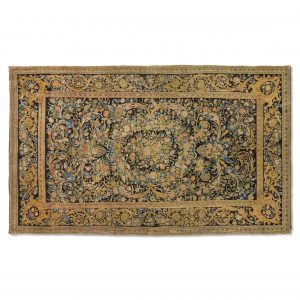 A pair of famille rose vases from the 1750s is also featured in the sale. Characterized by the opaque overglaze of rose colors, famille rose became popular during the reign of the Yongzheng emperor (1722 – 1735). The offered lot depicts two large phoenixes in a fenced garden. Blossoming prunus, chrysanthemum, and peony flowers surround the pair. The shoulders of the vases bear alternating patterns of pink and green fretwork. Beyond decorative art, bidders will find a Louis XVI ormolu-mounted commode from the late 18th century. Those interested in this or any other lot can register to bid on Christie’s.