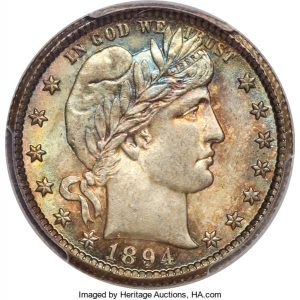 The upcoming CAC-Approved US Coins event, offered by Heritage Auctions, brings nearly 200 coins to the auction block. One of the featured lots is a 1924-5C Buffalo nickel. This coin replaced the Liberty Head nickel in 1913 and was designed by sculptor James E. Fraser. The buffalo on the back of the coin was modeled after a bison from the Bronx Zoo.

Also among the highlighted pieces is a 1920 Walking Liberty half dollar. Robert Wooley, the Mint Director in 1915, believed he was legally obligated to replace coin designs after 25 years. It is unclear whether or not this was true. Regardless, he hosted a competition for the new design, which engraver Adolph A. Weinman won. The coin features Liberty walking towards the sun on the front and a bald eagle on the back. Mint officials considered the piece a difficult coin to execute, particularly due to Liberty’s walk.

Coin collectors can also consider a 1914 $20 Double Eagle coin. Like the Walking Liberty half dollar, the Double Eagle coin depicts Liberty on the front and an eagle on the back. It was designed in 1904 by Augustus Saint-Gaudens after an initiative from President Theodore Roosevelt to beautify American coinage. Saint-Gaudens died in 1907, just before the coin entered circulation. Those interested in any of the above pieces can register to bid on the Heritage Auctions website.