A Wonderful Life Photographs from the Peter Fetterman Collection 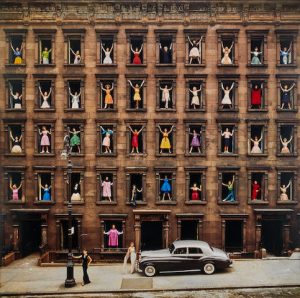 The 1895 magazine cover featuring an Afghan girl was a popular cover image for National Geographic. The photograph of the girl with green eyes adorning a red headscarf has been called the “First World’s Third World Mona Lisa.” The archival pigment print Sharbat Gula by Steve McCurry is a featured photo of the upcoming auction by Bonhams.

The auction also offers works of Vogue magazine photographer Irving Penn. The 1971 photograph by Penn titled Guedras in the Wind is presented at the highest estimate. Guedra is a dance form in Morocco where the women dance on their knees with their faces covered with a piece of fabric. The platinum-palladium print mounted on aluminum represents Penn’s experiment with different printing techniques. Other highlights include photographs by Ormond Gigli, Ansel Adams, and Pentti Sammallahti. Explore the full listings and register to bid online on Bonhams.