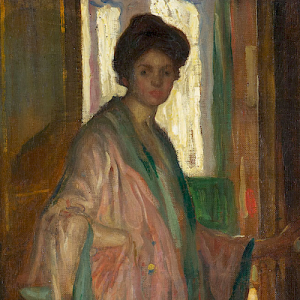 The American & European Art + Editions auction, offered by Capsule Gallery, is a curated sale including works from the Ines Bausili and Rosalie Coe Wier estates. Among the pieces with the highest estimated value is a striking painting of a beach in Tangier by John Lavery. An Irish painter born in Belfast, Lavery, perhaps, is best known for his portraits and wartime depictions as he was appointed an official artist of World War I. In London, he became friends with and was influenced by James McNeil Whistler, some of whose work is also featured. Though Whistler was an American artist, he was based primarily in the United Kingdom, and was a leading proponent of “art for art’s sake.”

Anchoring the auction are some pieces by Carl Rungius, who was a leading American wildlife artist. Born in Germany, Rungius immigrated to the United States and spent his career painting in the western United States and Canada. His reputation of being one of the most important big game painters and the first career wildlife artist in North America, is well represented here. View these lots and register to bid on Bidsquare.