Roxanne Hofmann Mowery points out the family’s favorite house cat to visitors entering their home. Stalking Panther is a large bronze sculpture by Alexander Phimister Proctor (1860-1950). The sculpture is from her parents’ collection and has its own unusual story. Proctor was a friend of Major John Pitcher, superintendent of what was then Yellowstone Park. Under pressure to reduce the park’s cougar population, Pitcher rescued one of the cats and named him “Yellowstone Pete.” Proctor modeled animals from life but found Yellowstone Pete too uncooperative. He had him shipped to the Bronx Zoo where he was still uncooperative. After taking him to his farm near Bedford, New York, Proctor was able to complete his sculpture.

Roxanne relates that she comes from a family that collected paintings and sculpture. Her father collected 15th- to 19th-century European art but after visiting Arizona he became fascinated with the art of the American West. He began collecting in that field in the 1960s.

She is a partner in Trailside Galleries in Jackson Hole, Wyoming, as well as the Jackson Hole Art Auction. Work at Trailside was only her second job in the gallery business. She became a partner in 2005 and since 2007 her focus has been the art auction. Trailside has represented contemporary artists of the American West for more than 50 years, representing some of the finest artists in the field and nurturing their careers.

“When I was a young adult,” her husband Bruce recounts, “I aspired to own nice pieces. My taste is eclectic, ranging from Asian art to impressionism and contemporary. Shortly after my spouse passed away I thought of selling some of what we had collected but didn’t know how to go about it. I telephoned Trailside and was directed to Roxanne. She came by my home to see the collection and told me she had lost her husband. We found that we were of like minds.” Two years ago, the collectors were married.

“When Roxanne moved into my home the challenge was how would all the art fit together. Amazingly, it fits perfectly,” Bruce says. “Perhaps the outliers are my Japanese prints and Chinese ancestral portraits. Everything in this home has a story. With Roxanne bringing her collection, I get to learn new stories.”

One of the stories involves the traditional winter solstice Shalako dances at Zuni Pueblo closed to non-Native people since 1990. Roxanne had been able to attend the ceremony before it was closed through arrangement by her late husband, Greg Hofmann, who owned a trading post, Turquoise Village, on the Zuni reservation. Many of the Indian artifacts in Roxanne’s home were purchased by him directly from Indian artisans. In fact, Zuni artist Duane Dishta (1946-2011) was commissioned to paint the Shalako ceremony which hangs in a guest bedroom in the collectors’ home.

Through her work, Roxanne met and came to know the great wildlife artist Bob Kuhn (1920-2007). They had been talking about a commission for paintings of a bear and a coyote but Kuhn died before they could be done. She was later able to acquire paintings of both subjects which now hang in the master bedroom.

Also in the master bedroom is a large painting on board by David Bierk (1944- 2002) from Bruce’s collection. “In his paintings,” Bruce explains, “Bierk reinterpreted masterworks and combined them in large paintings that removed them from their museum context causing the viewer to reimagine them. He also made the frames from nontraditional materials not associated with classic paintings.” This piece combines a figural painting by Amedeo Modigliani and a floral still life by Henri Fantin-Latour. A larger Bierk commands the couple’s dining room.

Also in the dining room is a small painting by William Acheff. Blue Corn Basket hangs above an Elizabeth Naranjo carved blackware jar from Santa Clara Pueblo, which is displayed on a hand-made, stretched-hide Native American drum. The setting is only one example of the collectors’ careful consideration of the placement their art. “We’re careful in what we’ve chosen to buy and what to display. Our guests recognize that special treatment.”

In the living room there are fine examples of Acoma and Zuni Pueblo pottery. In an adjacent hallway are three Native American corn baskets acquired at an auction of the Andy Warhol Estate.

In the entrance to the kitchen are two paintings from her family collection that show the breadth of her father’s interests. In an archway is, Publico, a painting by the French Barbizon painter Charles-Émile Jacque (1813-1894) known for his paintings of farm animals. In the kitchen is Indian Encampment at Mount Rainier by Meyer Straus (1831-1905), a theater scene painter who turned to easel painting and made sketching trips to Yosemite, Marin County, the Monterey Peninsula and Oregon.

Roxanne relishes the fact that her work has brought her into contact with and has resulted in relationships with some of the great painters of the American West. “It’s thrilling to watch their careers grow and to share in them.” Speaking of John Clymer (1907-1989), she recalls, “It was an education just to be around him and listen to him speak. It was a rare opportunity to learn about the American West from him. Similarly, in a contemporary vein, I first met Martin Grelle in the mid-1980’s and admired his early work immediately. It has been my good fortune to associate with him and watch him become one of the leading Western artists of today.”

She continues, “It’s special not only to sell and to place their work in collections but to collect it as well. I always have a hard time keeping my hand down when I’m bidding at auction for other people. A piece will attract me because it tells a story or sometimes reminds me of a place I’ve been. I also admire the style.”

Bruce refers to the stories but also of the joy of living with the art. “Apart from the paintings in Roxanne’s collection I personally find fascinating the Indian pottery her late husband collected. I keep looking and trying to understand how it was created, who created it and what it represents in Indian culture.”

Roxanne shares in Bruce’s joy. “I always tell people to research and learn as much as they can, to go to museums and galleries. But the bottom line is you should buy what brings joy to you. I can’t imagine not living with art.” 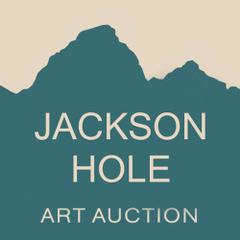