'Auctions and Anecdotes' by Tim Wonnacott

Tim’s career spans 25 years at Sotheby’s and 15 years in the media spotlight including the BBC Antiques Road show and Bargain Hunt. Tim will look at some of the objects and experiences encountered along the way.

From a tender age, when he would watch auctions at his family’s saleroom in Devon, Tim Wonnacott aspired to follow his father into the antiques trade. His first experience of conducting an auction was at the age of sixteen, when he auctioned the contents of a kitchen to conclude a farm sale! After qualifying as a Chartered Surveyor and a Chartered Auctioneer, he trained in Fine and Decorative Arts at the V &A, before taking a position at Sotheby’s in 1978. By 1985, he had risen to Director, overseeing Sotheby’s operations in the North-West, and in 1998 was appointed Chairman of Sotheby’s South saleroom in Sussex. From 2001 to 2003, he held this position concurrently with the role of Chairman of Sotheby’s new Kensington saleroom in Olympia.

Tim’s initial expertise was developed in Sotheby’s furniture department, although a lifetime’s experience in the field has given him a broad-ranging scope of experience across the decorative arts, including in ceramics and silver. After leaving Sotheby’s in 2003 to focus on developing his media career, Tim launched his fine art and brokerage business Tim Wonnacott and Associates, through which he and his colleagues provide independent advice to buyers and sellers of art and antiques.

Tim appears regularly on Antiques Roadshow, and, since 2003, has presented BBC One’s Bargain Hunt. His other television appearances include BBC One’s Restoration; The Great Antiques Hunt, Antiques Roadtrip, and The Divine Michaelanglo, as well as Top Gear!

Once described by the Daily Telegraph as ‘Sotheby’s Finest Auctioneer’, Tim puts his saleroom skills to philanthropic use by conducting high-profile charity auctions. The most notable of these was London’s ‘Cow Parade’, raising more than £400,000 for Childline. His most recent ‘Cow Parade’ auction, on the Isle of Man, raised over £100,000 in the presence of Prince Andrew 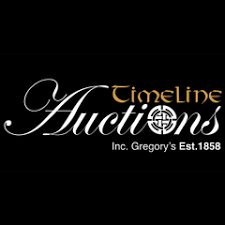