The Future Was Then

The de Young’s “Cult of the Machine” is an ode to the aesthetics of industry and the period of American ascendance.

Johan Galtung, the venerable sociologist who predicted the collapse of the USSR, said in 2000 that the American Empire had 25 years of life left in it. Two-thirds the way through that period, the prescience may be increasingly hard to deny. (Incidentally, if re-elected, President Trump would serve until Jan. 20, 2025.)

Rather than issue prophecies of doom about our backward future, the de Young has chosen to make a sweeping statement about the forward-looking past. In “Cult of the Machine: Precisionism in American Art,” the museum has combined various strands of early American modernism into one coherent mass, some of it nearly as photo-realistic as the work of Gerhard Richter.

Precisionism is an aesthetic of industrial magnificence, extolling tall smokestacks with the same adoration that 19th-century English Romantics might feel for a cloud passing over a glen. Its proponents, known as “Immaculates” in their own time, had no trouble finding the sublime in brick and chrome. But they were coy, refraining from the didactic quality of socialist realism. Many of these works display factories without people, allowing viewers to pour in their own ideological interpretation as if ladling molten steel into a crucible. Precision isn’t necessarily the same thing as accuracy, and whether these works are celebrations or criticisms is up to you.

Take Charles Sheeler’s American Landscape, in which a train passes by a snowy industrial plant. Is it the Ford River Rouge Complex in Detroit, at that time the largest factory in the world? (You can make out a Ford logo on one of the train’s cars, a sort of early form of product placement.) Completed in 1930, its quietude could reflect an economic moment that was only just entering free fall. No people means no labor, but then again, no reminder of pesky labor disputes. Upton Sinclair called it the jungle, but Precisionists fashion it as a desert — in the sense of depopulation, like a desert island.

There’s lots of context for cultural events like the General Motors Pavilion at the 1939 World’s Fair and for figures like industrial designer Norman Bel Geddes. But the aesthetic component that jumps out the most isn’t the giddy sense of a world on the cusp of boundless prosperity. It’s the reappearance of harsh vanishing points. Some cityscapes seem to dematerialize into shapes, their overdeveloped lines converging on their horizons like the culmination of the graphical perspective Brunelleschi developed in the early 15th century. It’s as if the medium of painting shed its last trace of innocence.

Moving through the galleries is like watching a YouTube clip of an industrial-scale machine performing a highly specialized task, like soldering other machines together or frosting three cakes with icing every second. It is to glory in the interwar optimism — and occasional night terrors, no doubt — without the sense of foreboding that hangs over European work of that era. The 1930s were hard times, but there were no crematoria powered by slave labor across the Midwest.

The most striking painting is the final one, Clarence Holbrook Carter’s War Bride (1940). The young woman who faces away from us might be about to lose her husband to the war machine, but the heavy formalism suggests she’s a virgin sacrifice at the altar of Vulcan. It’s horrifying.

“Cult of the Machine” contains more than photographs and paintings. Shaker furniture fills one room, a paean to craft and folk arts that’s in no way opposed to the Streamline dream. (The wooden chairs are cleverly lit in silhouette from the back, so you approach the set like a skyline.) A buttercream 1937 Ford Phaeton on display is beautiful for its perfectly proportioned curves. It’s erotic, too, like a beige panther who’s asleep. Maybe its eros doesn’t go quite as far as J. G. Ballard characters playing out twisted psychosexual desires through the re-enactment of head-on collisions, but it’s “auto”-erotic like Mad Max: Fury Road or T.Rex lyrics all the same.

Like a comic Metropolis, sections of Charlie Chaplin’s Modern Times satirize the dehumanizing aspects of factory life, but it’s Mannahatta, a short film based on Walt Whitman’s poetry, that depicts life in the High Modernist city as a sort of all-encompassing neo-pagan rite. Belching smokestacks look almost like censers, as awe-inspiring and mystical as the Wizard of Oz’s throne room.

Immediately prior to World War I, the Vorticist school had similar obsessions for mechanization and speed, a hyper-corrective response to alienation. They’re nowhere to be found here, since that was an explicitly European movement. But you can glean some of their madness in works like Ralston Crawford’s Overseas Highway. It’s meant to be U.S. 1 en route to Key West, but it looks like a boardwalk that goes to infinity without ever letting anybody step down to wade into the surf.

But that’s the rare portrayal of a place far from the city. Time and again, the exhibit turns its gaze to bridges and towers. Manhattan is the gleaming city of the future, its arms race of spires intruding ever higher into the heavens. Aside from the John Langley Howard’s Embarcadero and Clay Street, a depiction of a powderkeg of a port during the 83-day 1934 Waterfront Strike, San Francisco is comparatively absent. Although New York had “Great” fires in 1835 and 1845, it otherwise escaped destruction, yet it became the canvas of choice for the urge to make everything new. San Francisco was of course almost totally obliterated in 1906 — and rebuilt in an ornate fashion, much as before. What if the earthquake-and-fire had occurred in 1936 instead? Downtown would have been reconstructed with an entirely different kind of zeal, resulting in an unrecognizable city. “Cult of the Machine” shows how urgently American modernism craved a fresh theater. 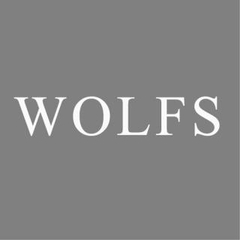