Prices Can Soar For Aviation Memorabila

Earlier this month, we had a specialty auction on a Friday night that focused on aviation memorabilia. As expected for a niche auction like this, the crowds were smaller than our weekly Saturday auctions, and many bidders were registered online.

I was fascinated with this collection from the moment it came into our auction house. There were several hundred items that belonged to a former commercial airline pilot who also served as a fighter pilot during his service with the U.S. Air Force. His rare collectibles included military and commercial air mail envelopes and stamps, a large collection of old photographs, with some signed by pilots, black and white press photography, Hughes Airwest flight attendant uniforms, vintage luggage tags, porcelain signs, airplane dash instruments, model airplanes and more.

At the start of the auction, we had a bidding war for a binder of 60 foreign air mail stamp covers from all over the world, which hammered at $1,000. Each vintage envelope told a story of its journey throughout Europe, and in some cases, to the United States. Most had multiple stamps and postal markings. The stamp covers were protected in plastic sleeves and in good condition.

Why so much interest in a binder full of old, stamped envelopes? It appealed to both stamp collectors and collectors of aviation memorabilia. Air mail in the U.S. didn’t officially start until 1918, though the first authorized mail flight took place in 1911 in Mineola, New York. And when air mail did begin through the Post Office Department, it was the military that provided the air mail service…at least until private companies got involved.

Another item that did well was a framed 1934 Air Mail Act fountain pen that realized $800. The pen was used in the signing of the historical “Air Mail Act 1934” and presented by President Franklin D. Roosevelt to Stephen A. Cisler, General Superintendent of Railway Mail and Air Mail. This was another cool piece of history as it related to a scandal involving President Herbert Hoover’s postmaster general, Walter Brown. It’s worth reading the history behind how this historic piece of legislation came about.

And speaking of Stephen A. Cisler, a stamped postage cover addressed to him from the Pan American Clipper flight crew in Guam hammered at $500. Sent on October 16, 1935, the envelope was signed by the flight crew, which included Fred Noonan, who was Amelia Earhart’s navigator when she disappeared in 1937.

This collection was full of aviation history, and some of the most interesting stories were revealed through old black and white photography. One piece that did well, hammering at $425, was a binder of 60 World War I and World War II British Royal Airforce press photographs.

While not our largest auction, this aviation memorabilia auction was one I won’t forget. It was clear that the late former pilot was passionate about collecting, and it was an honor to represent his estate. 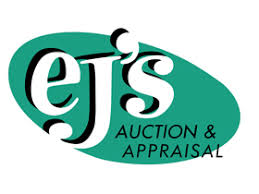