Carlyle’s latest online auction offers a curated selection of nearly 200 lots of fresh-to-the-market paintings, sculpture, and works on paper. Many of the artworks being offered are from local Los Angeles estates and collections of entertainment industry luminaries.

As always, Carlyle’s auction features an eclectic mix of fine art, including: European, American, Russian, Asian, Latin and Middle Eastern, 19th century, modernist, and Old Master paintings and drawings. Estimates range between $100 and $40,000, offering an opportunity for collectors at all price points.

Up for bidding will be two mid-1950’s masterpieces by Filipino Moderninst painter Macario Cruz Vitalis (1898-1990), regarded as one the most important Filipino artists of the 20th century.

Born in the small town of Lapog, Locos Sur, in the Philippines, Vitalis moved to the United States, arriving in San Francisco in 1917. Vitalis studied at the California School of Fine Arts, and later the Pennsylvania Academy of Art. Macro Vitalis moved to Paris in the mid-1920’s where he met Picasso, and other important modern painters. Vitalis is noted for his post-impressionist and cubist style of painting, shared by his peers Cesar Legaspi, Vicente S Manansala, who sell for as much as $500,000 at auctions.

Louis Kaufman (1905-1994) was a Romanian American Violinist, and possibly the most recorded musical artist of the 20th century. Kaufman, was the most sought-after violinist in Hollywood during 1930’s-50’s, and performed on the soundtrack of as many as 500 movies, including “Casablanca”, “Spartacus”, and other Oscar-winning films.

Kaufman was largely responsible for bringing the once-forgotten music of Antonio Vivaldi (1678-1741) to its current popularity worldwide. In 1947, Kaufman made the first commercial recording of a then little-known collection of violin concertos by Vivaldi called “The Four Seasons.” This recording won the Grand Prix du Disque in 1951 and was elected to the Grammy Hall of Fame in 2002

Over the course of their life together, the Kaufmans built a major collection of impressionist and modern art, most of which was donated to the National Gallery of Art and Syracuse University. Their vast, eclectic, and well-informed collection of European, American and Latin art is noted for it’s attention to painterly qualities, color, and quality.

They developed many friendships with artists in Europe and the United States. Kaufman was the first person to buy an oil painting from American abstract expressionist Milton Avery, and he urged other collectors to follow suit. During their many stays in Paris during the 1950’s-60’s, the Kaufman’s collected art of the avant garde artists active in that era. The Macro Vitalis paintings, being offered by Carlyle Auctions were purchased in Paris during that time.

Both paintings by Vitalis, are offered with a reasonable $8,000-12,000 auction estimate.

Of interest to collectors of Hollywood history is a painting by Edgar Kiechle (1911-1960), titled “Producers are Unfair” depicting the violent set decorators strike at Warner Brothers in 1945. Kiechle was active as an illustrator and background artist for Hollywood studios in the 1930’s and 40’s, and his paintings were exhibited at LACMA and the San Francisco Legion of Honor, and collected by many actors in Hollywood in the 1940’s and 50’s. The painting is fresh to the market from an old Hollywood estate. Bidding for this rare painting starts at just $800.

Paintings by Johan Berthelsen, David Burliuk, Charles Robert Knight, and other rare and highly collected painters from the 19th century to the 1950’s are offered. Of special interest is an early painting by Andrew Thomas Schwartz (1867-1942), titled “Election News”. Likely painted in the 1890’s during his studies at Cincinnati art academy, with Franck Duveneck. The painting bears a Berry-Hill Galleries label verso, and is from a Bel Air estate.

Up for bidding are originals, and multiples by Warhol, Murakami, Arman, Larry Rivers and other big names, with starting prices of just $500.

Numerous paintings by French Impressionist artists are up for bidding in the auction, including two paintings by Georges D’Espagnat (1870-1950), including a rare, large painting of a female nude, which is another of the works from the famed Kaufman estate in Carlyle’s March 16 auction.

As always, Carlyle is offering a wide selection of Old Master paintings and drawings including early Renaissance Italian, Flemish, Dutch, Northern European, and British paintings from 1500’s. Most lots in the Old Masters category are in the $3,000-5,000 range, making them highly accessible to collectors of all budgets, and presenting an exceptional value.

The auction is online-only, and  The full auction catalog is available at www.carlyle-auctions.com Bidding is available through: LiveAuctioneers.com and BidSquare.com

Carlyle is now accepting consignments for the April 1, 2017 auction. 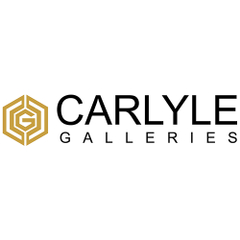