With his bold, inventive, and luxurious jewelry designs, David Webb remains one of America’s most important jewelers. Born on July 2nd, 1925, in Asheville, North Carolina, Webb grew up in an Arts and Crafts home designed by Richard Sharp Smith, a supervising architect at Biltmore House. Webb’s Asheville home, including the rear cottage which became his first workshop, is now the Carolina Bed and Breakfast, owned by innkeepers Diana Thornton and Kevin Gero. As the keeper of the former Webb home and a jewelry designer herself, Thornton is delighted to advance the legacy of one of Asheville’s most extraordinary sons.

David Webb stepped into the artistic world of jewelry design after a WPA Federal Art Project and a class at the Penland School of Craft in the Blue Ridge Mountains of North Carolina. He apprenticed with a silversmith at Hursey & Company, Jewelers, in downtown Asheville. In 1942, Webb traded native stones for precious ones, heading to New York City. With an inventiveness of design and a remarkable quality to his work, David Webb found the beginnings of success. By 1948, Webb opened a boutique on 57th Avenue, just off of 5th Avenue in Manhattan.

Best known for his carved, enameled animal-inspired bracelets, Maltese cross brooches, and intricate and impressive work in precious stones, Webb carved out an extraordinary body of work in his brief life. Webb’s jewelry designs were at once, clever, whimsical, and eminently chic. His intricately sculpted designs were often set in platinum and yellow gold, and featured diamonds, onyx, turquoise, coral, as well as precious stones of rich and dramatic hues. Webb’s influences derived from Faberge, Cellini, as well as classical themes from ancient civilizations and motifs from the international Art Deco style.

Webb’s jewelry appealed widely, capturing the imagination of luminaries and society women across the world. Among the well-noted was Jackie Kennedy, who commissioned Webb to create official gifts of State on behalf of the Kennedy White House. The Duke of Windsor also purchased a bracelet as a gift for his wife, Wallis Simpson. David Webb designs appealed to America’s Hollywood ‘royalty’ too, from Elizabeth Taylor to Beyonce.

Today, David Webb boutiques can be found on Madison Avenue in New York City and Wilshire Boulevard in Beverly Hills. 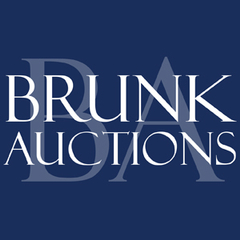