A Rare Example Of Joseph Kidd’s Collaborative Work With John James Audubon: An Oil Painting Of The Baltmore Oriole

The Baltimore Oriole is perhaps one of the most historically important images from John James Audubon's Birds of America.  In 1 828, Audubon travelled to Paris in search of subscriptions and was introduced to Louis Philippe, the Duc d'Orleans by the great French flower painter, Pierre Joseph Redouté. The introduction is documented in a letter dated November 2, 1828, from Audubon to his wife Lucy.  In his meeting with the Duc, he presented the watercolor of the “Baltimore Oriole”  and this left such an impression that the Duc provided Audubon with a letter of recommendation to the Viscount Martignac, Minister of the Interior, in charge of the royal libraries, and lines of introduction to many of Europe's monarchs.  Thus, it was partly upon the basis of this composition that the Birds of America became a success.However, Audubon's entrepreneurial skill was also apparent at his meeting with the Duc d'Orleans.  Louis-Philippe was so enraptured with the watercolor of the Oriole that he asked to be allowed to keep it as part of his subscription.  Audubon declined the sale and instead encouraged him to purchase his oil painting of the Black Grouse, thus introducing the future king to yet another project.   Audubon was intent on creating a "Natural History Gallery of Paintings" which was intended to be an integral compliment to the Birds of America.  This was to be made up of oil paintings of the Birds. While Audubon completed some of the paintings for this, the demands of finding subscribers for the Birds of America encouraged him to find a partner in his new venture. Thus, he employed the Scottish painter, Joseph Bartholomew Kidd to copy his watercolors. The main goal of the collaboration was to create a "gallery" of embellished compositions based upon Audubon's birds, thereby working both to promote the Birds of America, then in production, and to create a business venture which would hopefully prove quite lucrative in and of itself.  By 1833, Kidd had copied and added sophisticated, dramatic landscapes to almost one-hundred of Audubon's watercolor compositions.  Yet some tension was beginning to arise in the arrangement with Kidd, and by 1834 the collaboration was over. In his painting, he captured the elegance and vitality of Audubon's orioles with great facility.  Every detail of the birds is identical to both Audubon's watercolor study and the aquatint engraving.  Yet, while Kidd was completely faithful in his rendering to the ornithologist's original intent, compositionally and otherwise, he placed them in a setting that adds emphasis and refinement to the image of the small birds.  Kidd's addition of a sky as background to the birds is deceptively simple, but it creates effects that highlight his ability to work with and improve upon Audubon's compositions.  Towards the bottom of the composition, Kidd added dark clouds which, rather than serving to create an ominous ambience,  give way to light blue sky which frames and highlights the birds.  Clearly, one of Kidd's greatest talents was his ability to create a breathtaking environment, and use it to emphasize and frame the birds, not to overshadow them.  Kidd's painting appears, in this way, as the logical culmination of Audubon's efforts.  Because the "Natural History Gallery of Paintings" was not brought to completion, the project has basically been lost to the public eye, in contrast with the amazing, enduring financial and artistic success of both the printed series and also Audubon's watercolor studies.  This is greatly unfortunate in many respects: Audubon intended Kidd's individual paintings to be, in a sense, the most valuable of his birds, and also the most refined images he would present to the public.  This striking example demonstrates the ideal outcome of the two artists' partnership, before the premature end to their cooperative efforts. 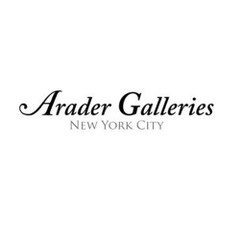