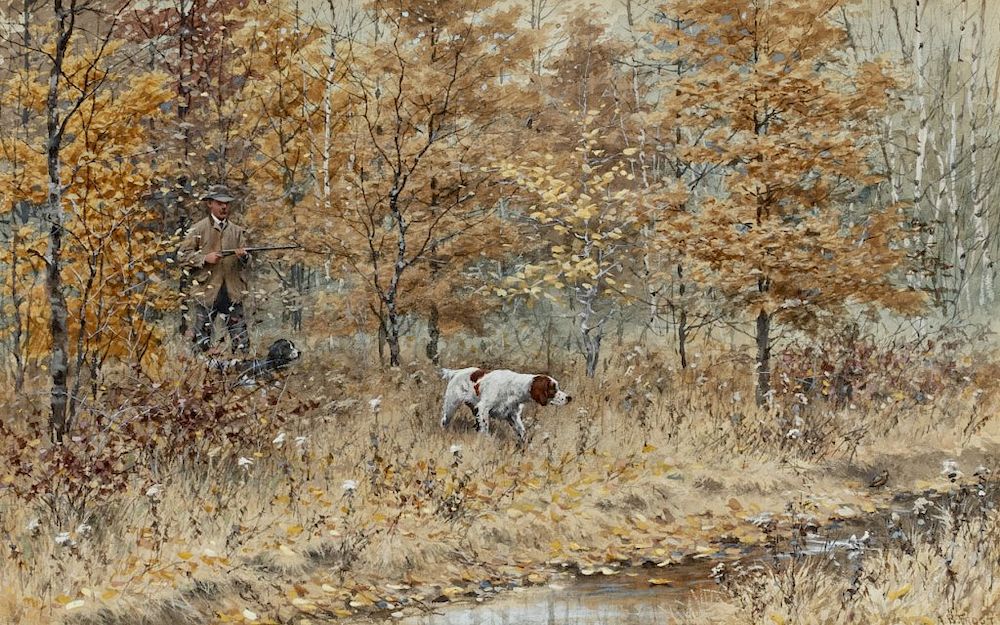 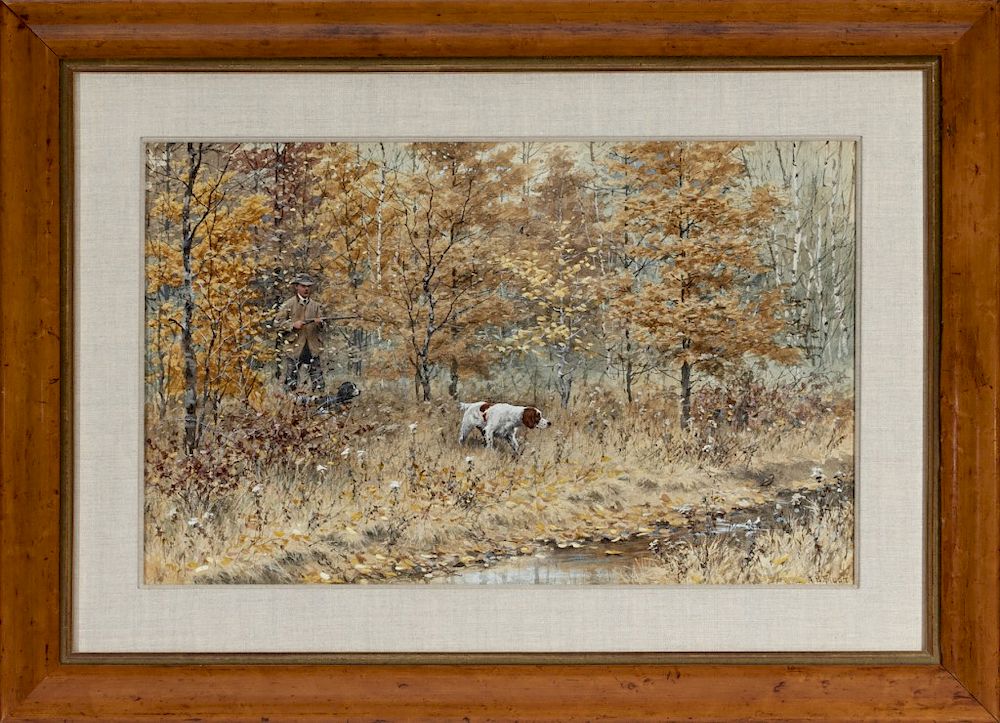 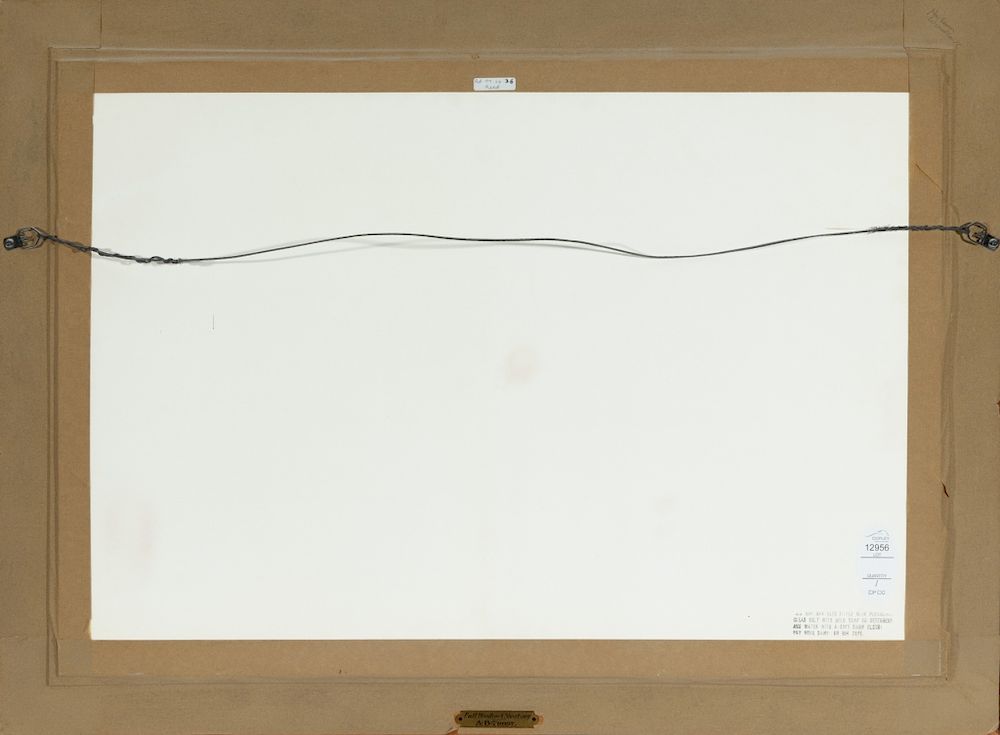 Henry M. Reed, author of the original A. B. Frost Book, became interested in Frost in the 1960s when, as a sportsman, he went looking for prints to decorate his office. Reed was initially attracted to the artist’s hunting and fishing scenes. When Reed, who was from New Jersey, learned A. B. Frost was a New Jersey artist, he became even more intrigued. A Newark Evening News article on famous New Jersey artists left Reed wondering why Frost was not included, so he went down to the newspaper’s office and pitched an article on the artist, which was immediately accepted.

This started a lifetime of research into Frost and extensive correspondence with his living grandchildren. Reed met the custodian of the estate, Mr. McDonald, and bought some paintings from him. As McDonald was aging, he later asked Reed to become custodian himself. Reed’s family recalls letters and phone calls coming in to the house all the time, requesting authentication and buying and selling works.

Over time, Reed was recognized as the leading authority on A. B. Frost. At one point, he owned all twelve original paintings for the famous Shooting Pictures portfolio. He authored “The A. B. Frost Book” in 1967 and updated it in 1993. His involvement in the art world expanded, and he was on the Board of Trustees of the Montclair Art Museum and on committees for the Whitney Museum and Bucknell University Art Gallery (his alma mater).

Reed acquired this painting, “Fall Woodcock Shooting,” from the Dorrance sale in 1989. He writes: “The late John T. Dorrance, Jr. had been the Chairman of the Campbell Soup Company and Chairman of the Board of Trustees of The Philadelphia Museum of Art…Included in the Dorrance collection were thirteen of the finest A. B. Frost sporting works ever to come to the market. This was an event and opportunity which would probably never present itself again. For the first time, four of the original twelve watercolors from The Shooting Pictures portfolio would be sold, as well as some of the most beloved and famous of all Frost’s work, including Ordered Off, Gun Shy, and The Conciliator. Collectors had always known that the original works from which the famous prints were made must be somewhere. To come upon them ‘face to face’ for the first time was an exhilarating experience.”

Reed landed “Fall Woodcock Shooting” for the top price of the Dorrance sale for a Frost: a strong $85,250, which remained the record for a Frost painting from 1989 until 2015, when “Quail – A Covey Rise” sold for $180,000. He recalls, “It was indeed a landmark sale. With competition from sporting artists such as Rosseau, Osthaus, and Pleissner, and in the company of Renoir and Monet, A. B. Frost emerged as the star of this day.”

Of the thousands of works that Frost is known to have produced, “Fall Woodcock Shooting,” with its excellent composition and superb condition, ranks right at the top. The work reveals Frost as one of the greatest illustrators of his generation. The hunter is perfectly positioned as the setters come across the woodcock by a brook, a Frost masterwork in every sense.

Reed’s enthusiasm for Frost’s paintings is clear: “Every scene portrayed is one that each of us who has hunted with dog and gun has experienced – the setter staunchly on point, the gun ready, thumb on the safety, and heart pounding as we await the explosive fluttering of wings as the bird flushes…all of these are situations which the artist handles with such realism and familiarity that the viewer is placed squarely in the center of the adventure…The pointing dogs are magnificent – sneaky, noses moist and low, and their weightless balance, with forefoot raised, is perfection. The landscape backgrounds for the shooting pictures signify autumn, with grey morning mist behind the birches, the fallen leaves wet with morning dew…” This painting, as the star of the Dorrance sale, was one of Reed’s prized possessions.

Condition
Please email condition report requests to [email protected] Any condition statement given is a courtesy to customers, Copley will not be held responsible for any errors or omissions. The absence of a condition statement does not imply that the lot is in perfect condition.