Oakland, CA – 16 & 17 – November 2019 –, Clars November 16-17, 2019 sale will be bring to the market an exciting presentation of European and American fine art, important designs in Modern furniture and a most extraordinary collection of solid gold bars and silver and gold coins. In addition, the highly anticipated second installment of the Robin Leach Collection will make this auction one to watch with global bidders onboard to buy the investment level property to be offered. The property to be offered at this sale comes from prominent California estates as well as museums, private institutions and special collections.

A rare numismatic collection comprised of over 500 solid gold coins from countries around the world including Great Britain, South Africa and the United States will captivate collectors. This massive collection will be offered in grouped lots by country, denomination and age. In addition, a rare UBS one kilo gold bar, .9999 24k pure gold will headline this sale with an estimate of $40,000 – 60,000. Rounding out this collection will be two albums of Morgan silver dollars.

European masters will take center stage in the Fine Art offerings in November. Baroque painter Melchior de Hondecoeter (Dutch, 1636-1695), renowned for his studies of birds and wild life, will be represented with his oil on canvas titled Peacocks at Nights, 1676. This work is a rich representation of his ability to capture the colors and beauty of this species and will be offered for $40,000 – 60,000.

Turning to Britain, a stunning oil on canvas portrait of Ann Ford by Gainsborough Dupont (British, 1754-1797) titled Lady at the Glass Harmonica, carries an estimate of $30,000 – 50,000. The sitter, Ann Ford, later became Mrs. Philip Thinknesse in 1762. The painting is accompanied an email from composer and glass instruments expert, Jean Claude Chapuis, confirming this information.

Mihaly Munkacsy (Hungarian, 1844-1900) achieved international renown for his genre and large-scale biblical paintings. His works were highly sought after by American millionaires and in the late 1880s, he was Europe’s highest paid painter. Coming to Clars on November 17th will be his oil on canvas titled The Good Samaritan which will be offered for $20,000 – 40,000.

American artists will also be well represented at this sale. By Richard Hayley Lever (Australian-American, 1876-1958) will be his vibrant oil on canvas titled Hansom Cab at the Plaza that will be offered for $20,000 – 40,000.

One of the most impressive works in the American Painting offerings will be, Hanalei Bay, Kauai, 1931, by David Howard Hitchcock (American, 1861 – 1943). Known as the first homegrown artist from Hawaii to receive international recognition, David Howard Hitchcock’s painting of Hanalaei Bay, Hawaii, 1931, will be offered to the public for the first time in over 60 years. David Howard Hitchcock grew up in Oahu and studied painting in High School. By chance, the young man met Jules Tavernier, a famous French artist while in Hawaii who saw his work and encouraged him to pursue the discipline. Hitchcock then became the first formally trained artist to come from Hawaii, studying first at the National Academy of Design New York and then the Academie Julian in France. Returning to Hawaii in 1893 Hitchcock became very well known for his landscape paintings and particularly his paintings depicting the great Volcanoes of Hawaii. He, along with Tavernier became known as the Volcano School and attracted collectors and crowds from around the world to his studio. This painting, surfacing to the public for the first time in at least 60 years, depicts the serene area of Hanalei Bay, Hawaii, its lush mountains and huts filled with native Hawaiians. This depiction of Kauai’s most famous Bay by Hawaii’s first famous artist will certainly sail away from its modest $10,000-15,000 estimate.

Clars is also excited to represent the sale of a variety of contemporary works assembled by ArtSource Consulting for the permanent collection of Blue Shield of California, San Francisco. The collection, consisting of prints, photographs, and original works, will include an acrylic on canvas by Jake Longstreth (American, b.1977) titled Crematory. The work is a part of his Landscape series executed from 2006- 2011, which experimented with the depictions of manicured exurban spaces; the paradox of perfected dystopic imagery. Also to be offered will be two lightjet prints by artist JeongMee Yoon (Korean, b.1969) titled Kihun and His Blue Things and Seohyun and Her Pink Things . The works from his Pink and Blue Project highlight concepts of gender roles and their ties to international consumerism and new capitalism.

Modern furniture will be featured prominently in the auction with a Finn Juhl for Neils Vodder Chieftain chair the highlight of these offerings. Executed in black leather, this chair is signed with the branded manufacturer’s mark “Neils Vodder Cabinetmaker Copenhagen, Denmark” and will be offered for $30,000-50,000.

A plate glass armchair by Louis Dierra for Pittsburgh Plate Glass for the 1939 New York Worlds Fair is another significant piece that is estimated to sell for $10,000-15,000. An Aldo Tura credenza will be also offered for $10,000-15,000. Concluding the Modern genre highlights is a Paul Evans Studio for Directional Cityscape (PE 547) lounge chair with an estimate of $4,000-6,000 and a pair of Ib Kofod-Larsen Danish/Swedish Modern Seal lounge chairs to be offered for $6,000-9,000.

A collection of Native American art will also be featured with the leading piece being a Hopi Walking Wolf Kachina depicting Kweo, circa 1900. It will be presented with an estimate of $15,000 – 20,000.

Moving to the sterling silver portion of the sale, highlights include a Pair Tiffany & Co. sterling six-light candelabra, circa 1882, estimated at $10,000-15,000, and an Italian Gianmaria Buccellati sterling hot beverage service estimated at $5,000-7,000. Another exciting lot will be a Russian historical archive relating to Spyridon Dionisevich Merkulov (1890-1957) that is valued at $7,000-10,000.

In the antiques offerings, a German Black Forest tall case clock estimated at $6,000-9,000 will be among the highlights.

For the second installment of the Robin Leach Collection, highlights will include a selection of fine paperweights by various makers including as Baccarat. An extensive selection of sculptures by Pal Kepenyes, Steve Tobin, and Robert Wyland will also be featured as will a portrait of the legend himself, sculpted by Pal Kepenyes, which is estimated at $4,000-6,000.

There will also be an assortment of celebrity related ephemera and art including a painting by Britney Spears that Robin Leach originally purchased at a charity auction for $10,000. Note all proceeds from the sale of the Robin Leach Collection will benefit charities including the Cleveland Clinic/Lou Ruvo Center for Brain Health, James Beard, and UNLV, among others.

From Japan will be a six-panel byobu screen, ink and colors on gold leaf, titled Elegant Accomplishments that will be also be offered for $4,000 – 6,000.

The jewelry department is excited to offer a number of pieces by renowned jewelry makers like Verdura, Bulgari, Chaumet and Ilias Lalounis in their November sale. Highlights include an enamel, diamond, ruby and 18k white gold zebra brooch by Verdura, with a pre-sale estimate of $8,500-9,500 and a Bulgari 18K yellow and rose gold necklace, estimated at $7,500-8,500.

There are a number of pieces with animal themes, including a diamond, ruby, and 18k white gold shark brooch offered at $3000-5000 and a stunning diamond, 18K gold necklace decorated with a line of graduated elephants, estimated at $9,000-10,000.

To round out the sale, we are offering a large collection of over 20 lots of stickpins featuring motifs like horseshoes, gold nuggets, gold mining, insects, cameos and animals

Bidding for Clars’ auctions is available in person, by phone, absentee and live online at Live.Clars.com and through Liveauctioneers.com and Invaluable.com. Clars Auction Gallery is located at 5644 Telegraph Avenue, Oakland, CA 94609.

Clars Auction Gallery is based in Oakland (CA) and is the largest full service auction gallery in the Western United States. Clars Auction Gallery has been the chosen auction gallery of a number of institutions and distinguished private collectors across the country including the Richard Mellon Scaife Estate, the Thomas J. Perkins Estate and The Metropolitan Museum of Art (NYC).

In the last 5 years, Clars Auction Gallery has sold over $105,000,000 of Fine Art, Furnishings, Jewelry, Vehicles and Collectibles and has set multiple new world auction records. Follow Clars on Facebook and Twitter! 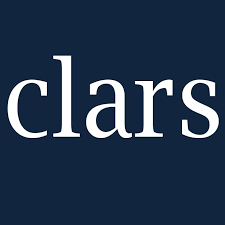