Atwater To Zenith: Massive Antique Radio Auction To Cross The Block At Cordier

The auction contains an astounding number of radios and accessories, all from the collection of one dedicated enthusiast. Along with the Zenith, an Emerson Catalin (est. $600 - $800) is expected to lead the tabletop radio lots.

A remake of Lancaster, PA network WGAL’s 1923 broadcasting station stands out among the equipment to be offered. Created by Lloyd Jury using period parts, the station is modeled after the original by Jacob Mathiot and includes paperwork as well as related photos and information.

Over 13,000 radio tubes from various manufacturers (many in the original boxes) will be offered, including dozens of rare examples. Of note are four Western Electric 274A full wave rectifiers (est. $600 - $900 each) and 20+ Western Electric globe and dome tubes.

Ephemera and advertising from the halcyon days of radio will be offered, including Radiotron and General Electric advertising dolls, collections of vintage magazine advertisements, Nipper figures, and more.

The auction will be spread across two days. Saturday, the first day of the sale, will consist of over 500 uncataloged lots of radios, parts, accessories, and ephemera, including many large lots and radio groupings. 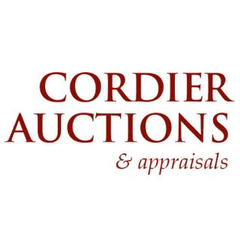