Mezzotint was first invented in the seventeenth century, although it did not become popular until the eighteenth century. The British particularly enjoyed the process for portraiture because of its chiaroscuro type affect, but as time went on it found use in a variety of other genres.

Frederick Mershimer was born in Sharon, Pennsylvania. He received a BFA in painting from Carnegie Mellon University in 1980. In 1982 Mershimer moved to New York City and continued his studies at the Parsons School of Design, Pratt Graphic Center, and Manhattan Graphic Center.

Mershimer celebrates the experience of New York through his art, creating evocative images that transports the viewer beyond first appearances and reveal hidden beauty of the contemporary city. Before moving to New York, Mershimer worked exclusively as a figurative artist, but his attention was quickly diverted by the power and energy of the city around him. At first glance, his work can be interpreted as bold naturalism. Yet, he skillfully choreographs lighting and detail while altering perspective to draw the viewer's attention to the essence of the piece. His mezzotints speak to both the grit and grandeur of this modern American city.

To translate his visions Mershimer has chosen Mezzotint - a tonal medium capable of achieving rich blacks and subtle gradations of grays. This painstaking technique requires the artist to spend long hours preparing the “texture ground” on the plate before the detail work of the actual image can begin. This preparatory work is done using a curved serrated blade called a rocker. 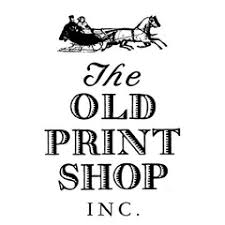