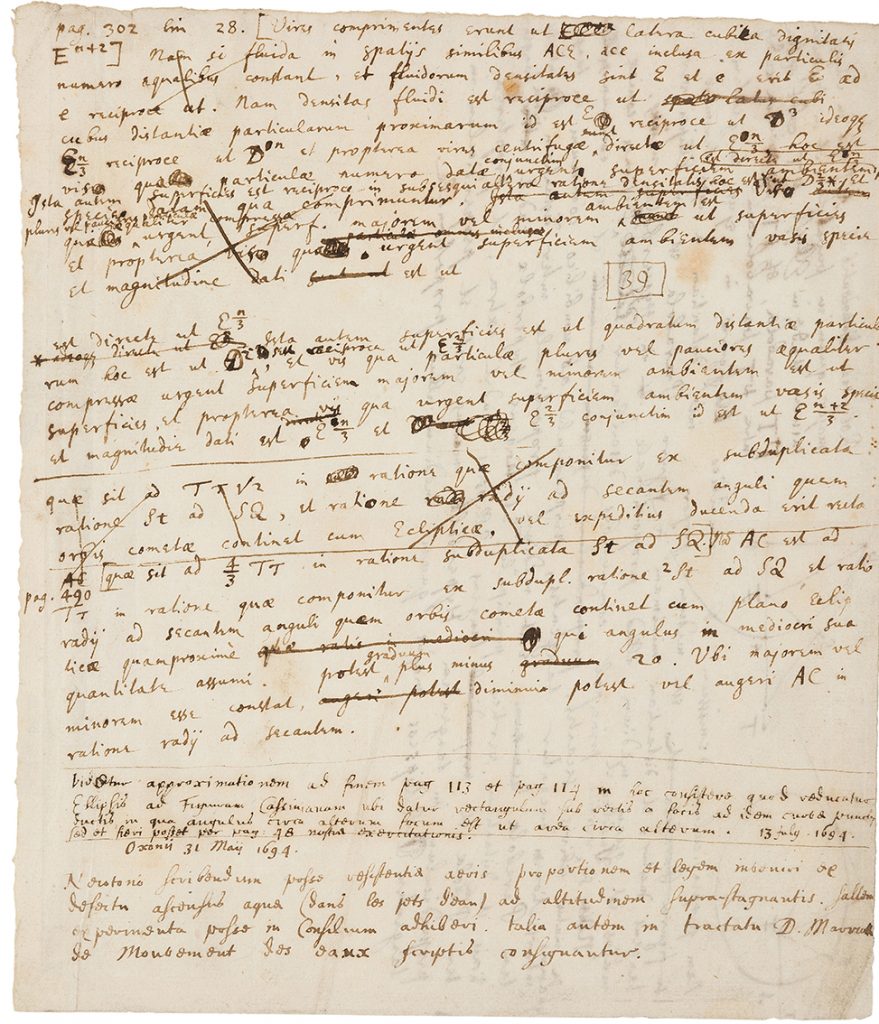 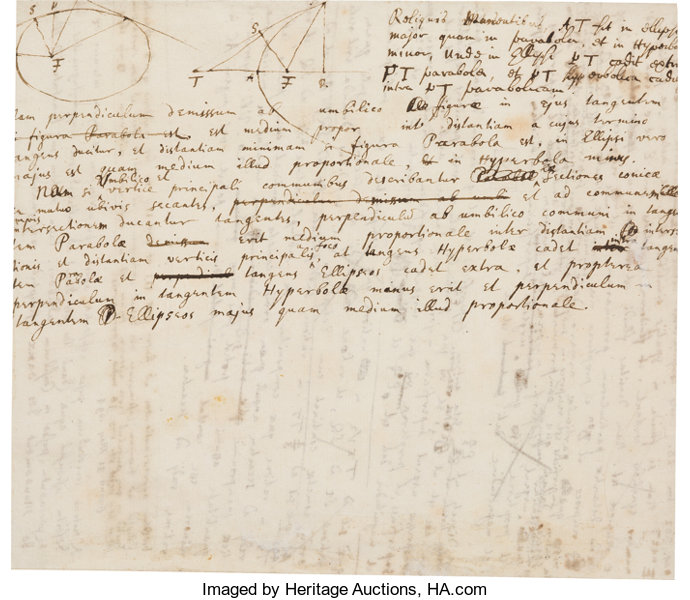 In Latin. [Oxford: 1694]. Autograph Manuscript in Newton’s hand, containing notes on physics and solid geometry. With Newton’s name in the text. In Latin. Two quarto pages, inlaid (the leaf itself measures 8.625 x 7.5 inches; the leaf it is laid into measures approximately 9.5 x 8 inches) on the recto and verso on one sheet of thin paper. Written in dark brown ink. There appear to be thirty-four lines of text on the recto, and seventeen on the verso. Some of the lines are crossed out. With two diagrams on the verso.

The notes on the first page seem to have been written at different times. They are taken from a work on physics (the weight and movement of water) with page numbers and lines of the text given: “pag. 302 [line?] 28.” and lower on the page “pag. 490.”

On the verso, drawn and written lengthwise, are two geometrical figures with notes on parabolas and ellipses. A significant Sir Isaac Newton manuscript with scientific topics. Newton autograph or manuscript material is elusive, especially anything relating to his work in the sciences, or that contributed to his enormous contributions as a mathematician, physicist, and astronomer.

The Maurice Car Collection of Arts and Sciences...