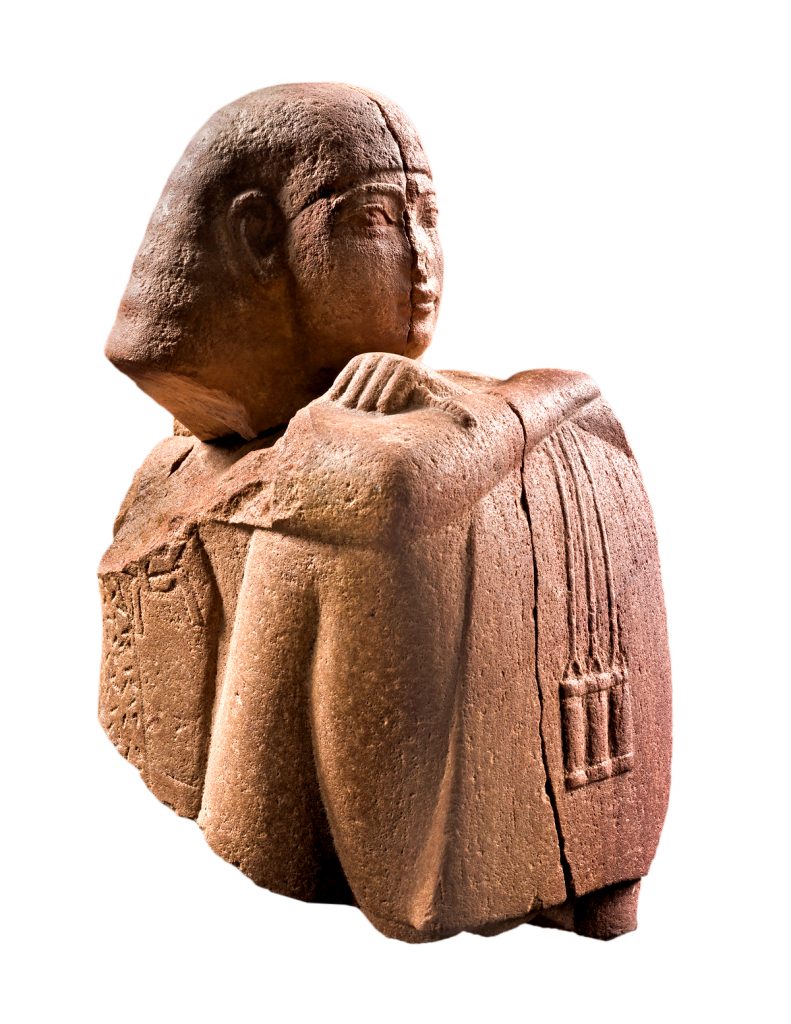 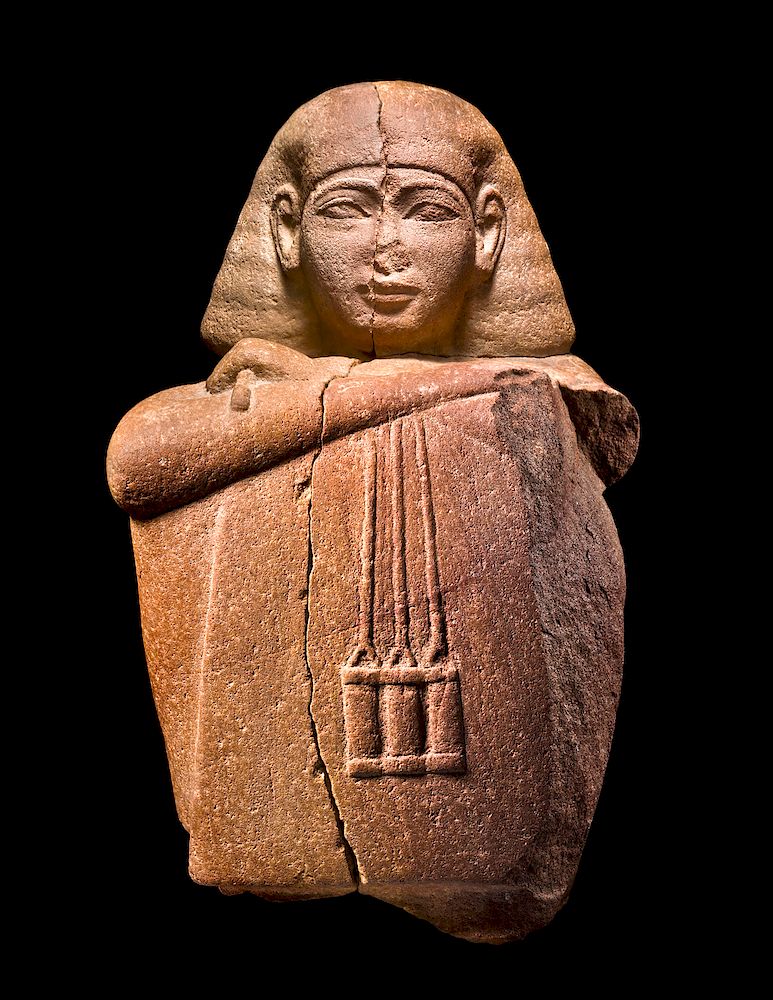 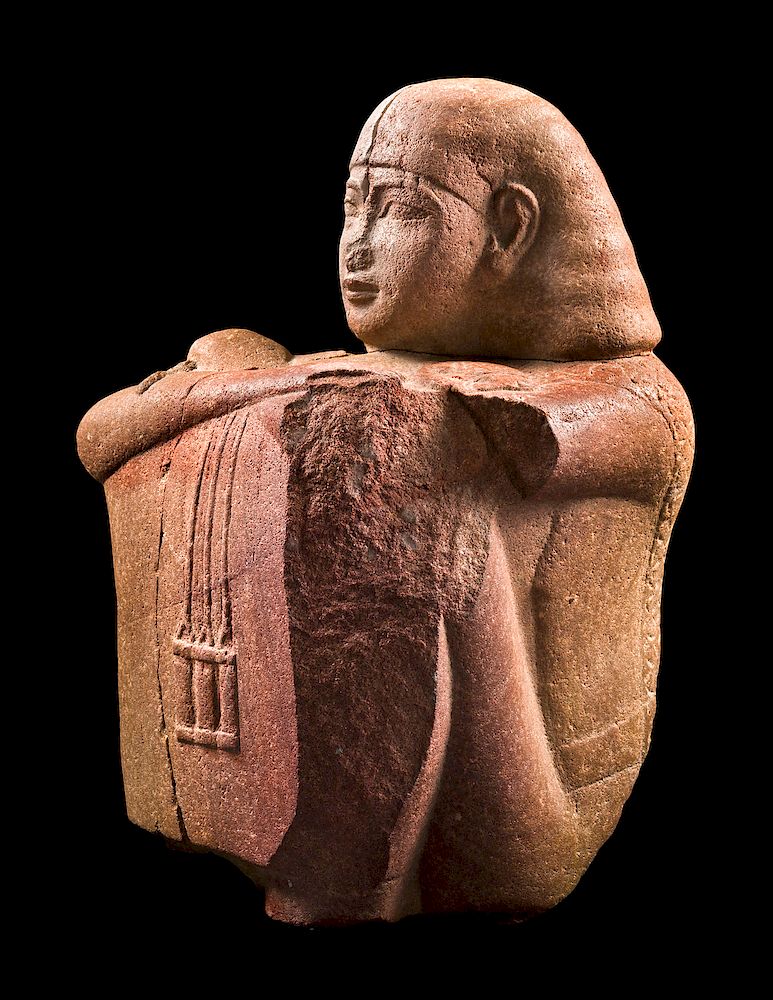 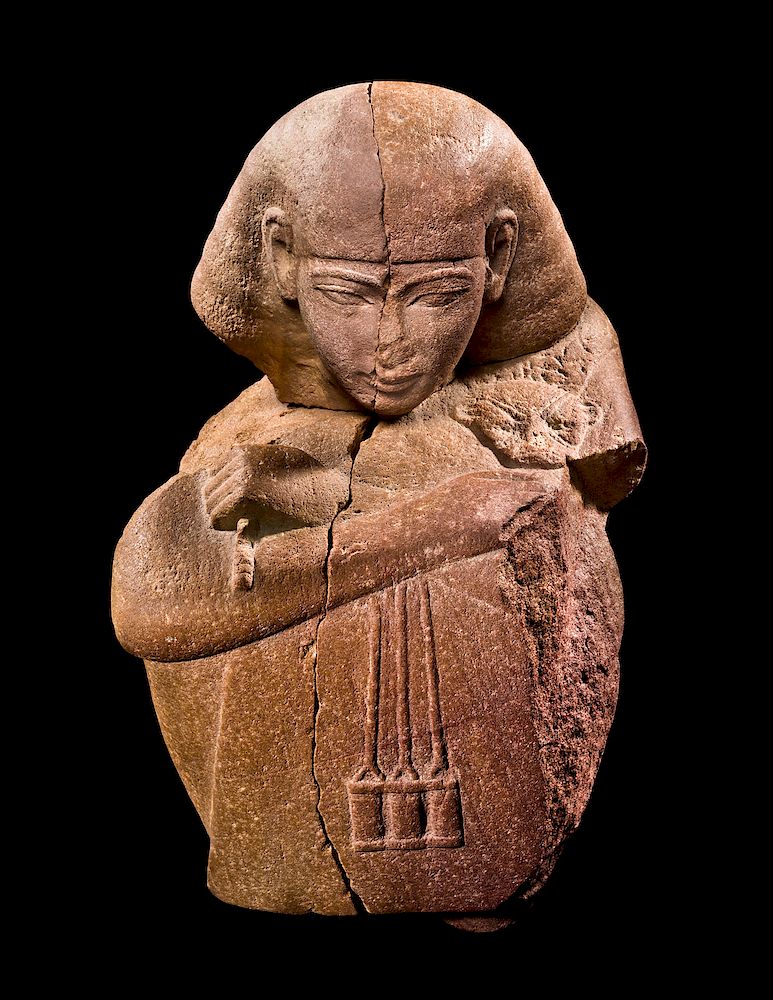 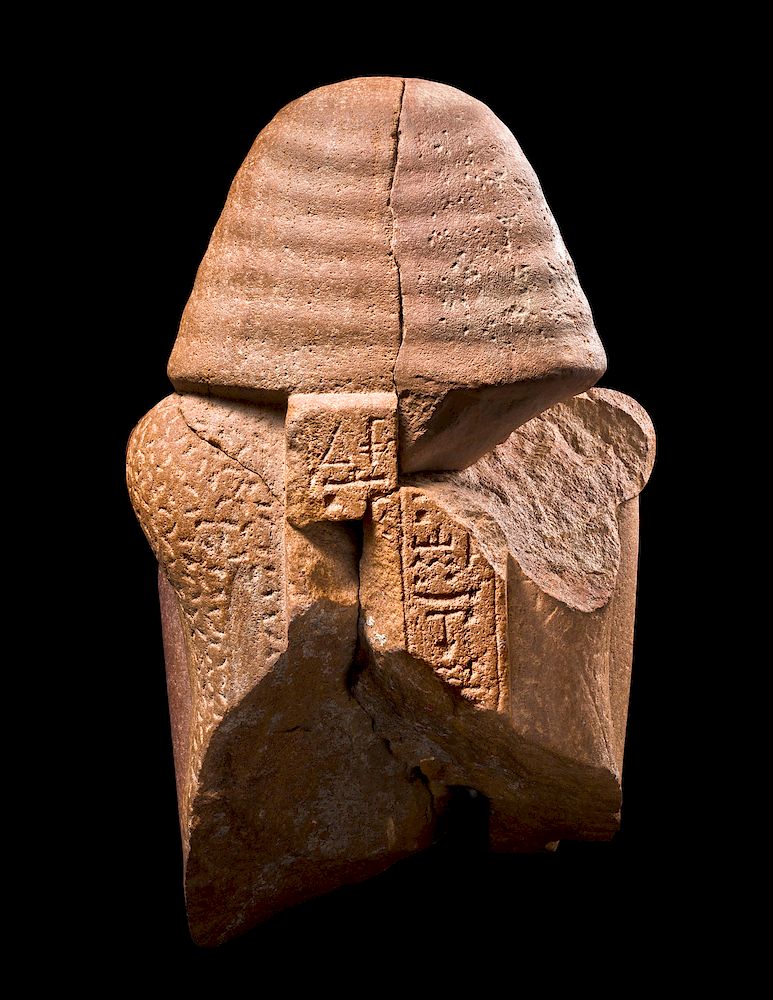 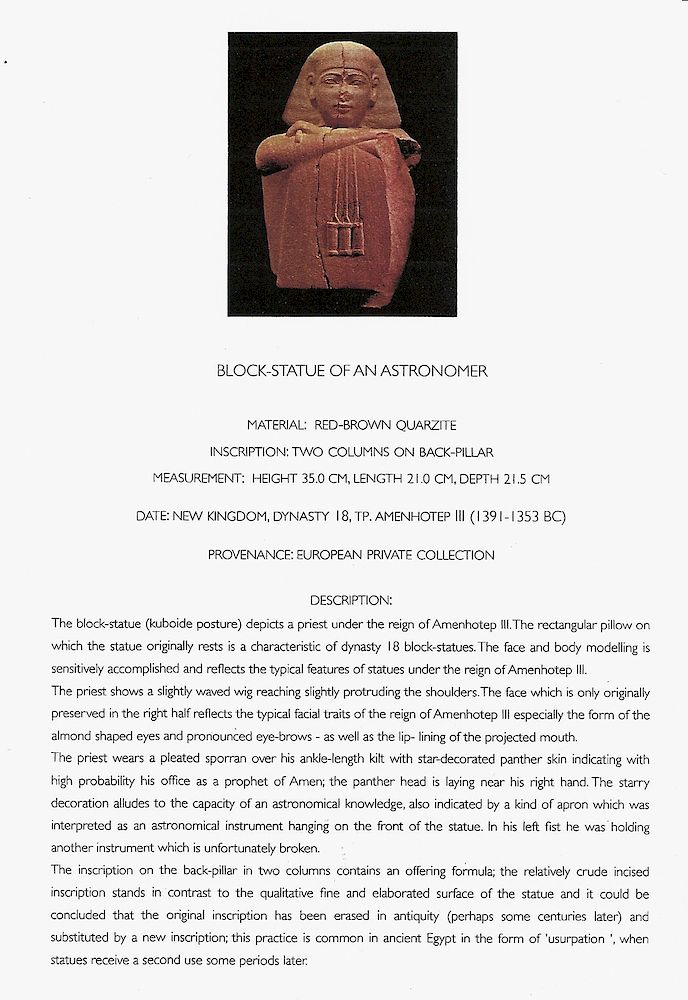 Ancient Egypt, New Kingdom, 18th Dynasty, reign of Amenhotep III, ca. 1391 to 1353 BCE. A stunning block statue of paramount rarity depicting a seated astronomer, expertly carved from glinting red-brown quartzite. Crossed arms are placed atop bent legs covered with a short skirt, pleated sporran, and hanging astronomer’s tool, with one remaining hand holding a stalk of lettuce. A leopard-headed pelt knotted beneath one arm drapes across the shoulders down to the belted waist, and dozens of chiseled ‘stars’ double as the feline’s spots. Almond-shaped eyes peer out from beneath heavy lids and arching brows, with a projecting mouth and delineated philtrum, and veristic ears, all beneath a wavy wig. Two rear columns of inscribed hieroglyphic text – usurped and re-inscribed during later dynasties – deem this statue as an offering to Amen-Re from the king. Of roughly ten known astronomer statues, this example is one of only two that is hewn from brown quartzite. Size: 9.05″ L x 8.125″ W x 13.25″ H (23 cm x 20.6 cm x 33.7 cm); 14.4″ H (36.6 cm) on included custom stand.

We ship worldwide and handle all shipping in-house for your convenience.