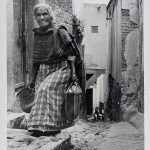 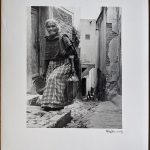 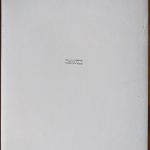 Manuel Carrillo began making photographs in 1955 at the age of 49, devoting himself to documenting the indigenous culture of Mexico through informal portraits and depictions of everyday activities. In pursuing this focus he embraced the ideas of Mexicanidad, a cultural movement that emerged in the 1920s after Mexico’s Revolution and which included influential writers, photographers, and artists, such as Frida Kahlo and Diego Rivera. Its overriding ambition was to substantiate a national identity by purging colonial and any other foreign influence from current art. Decades later Carrillo built on this tradition in his photographic practice—as did many of his contemporaries—and an anthropologist’s curiosity is evident in his work. Nevertheless, his pictures are as much a celebration of the human spirit as a record of local rituals and practices. Certain motifs appear throughout Carrillo’s images, such as stray dogs, children on the street, and groups of workers, but he portrays these figures tenderly and without a sense of melodrama, refraining from a moralizing representation of social classes in poverty.

Carrillo was influenced by American Modernist photographers like Edward Weston—who had lived in Mexico between 1923 and 1926—and his photographs reflect a similarly close attention to form and composition. Carrillo represents his subjects in a solicitous manner, searching for a national cultural identity, but his use of the photographic medium equally balances its aesthetic qualities with its documentary potential. The MoCP holds a substantial number of Carrillo’s photographs in the permanent collection, most made between the mid-fifties and the mid-seventies, representing Carrillo’s stylistic range. In images such as Guanajuato, Guanajuato, 1960, and Zacapoaxtle, Puebla, 1970, Carrillo uses deep shadows and bright highlights to create a strong sense of geometry in the composition while accentuating the placement of the central figure. In these pictures and others he carefully balances the person with their surroundings to formal effect or to simply provide a sense of locale. Meanwhile, many of his portraits are more tightly framed, such as Santa Rosa, Guanajuato, 1960, accenting the subject’s expression or attire. Others employ unusual camera angles, as in Mexico City, D.F., 1961, a view of a mother and child from overhead.

Carrillo was born in 1906 in Mexico City. After graduating from the Mexican Military Academy, he lived in New York City for a number of years before returning to his home city, where he worked in the tourist industry and then for the Illinois Central Railroad. In 1955 Carillo joined the Club Fotográfico de México—the country’s primary amateur and professional photography organization—and learned photographic techniques and darkroom printing processes. Carillo had his first international exhibition in 1960, entitled Mi Pueblo (My People), at the Chicago Public Library. Carrillo died in Mexico City in 1989 at the age of 83. A large number of his prints and negatives are now housed at the Special Collections of the University of Texas at El Paso.

The dimensions are Approx. 14″x 11″ (paper). This lot is located in Boca Raton, Fl and its shipment will be made directly by Artelisted. Shipping insurance is the responsibility of the buyer. Ask us if you want to add insurance cost. Note that if there is loss or damage due to bad handling by the transporter, this loss will be assumed only by the buyer. Enquires are welcome, do not hesitate to contact us at your convenience, we are looking to providing you with an excellent service.