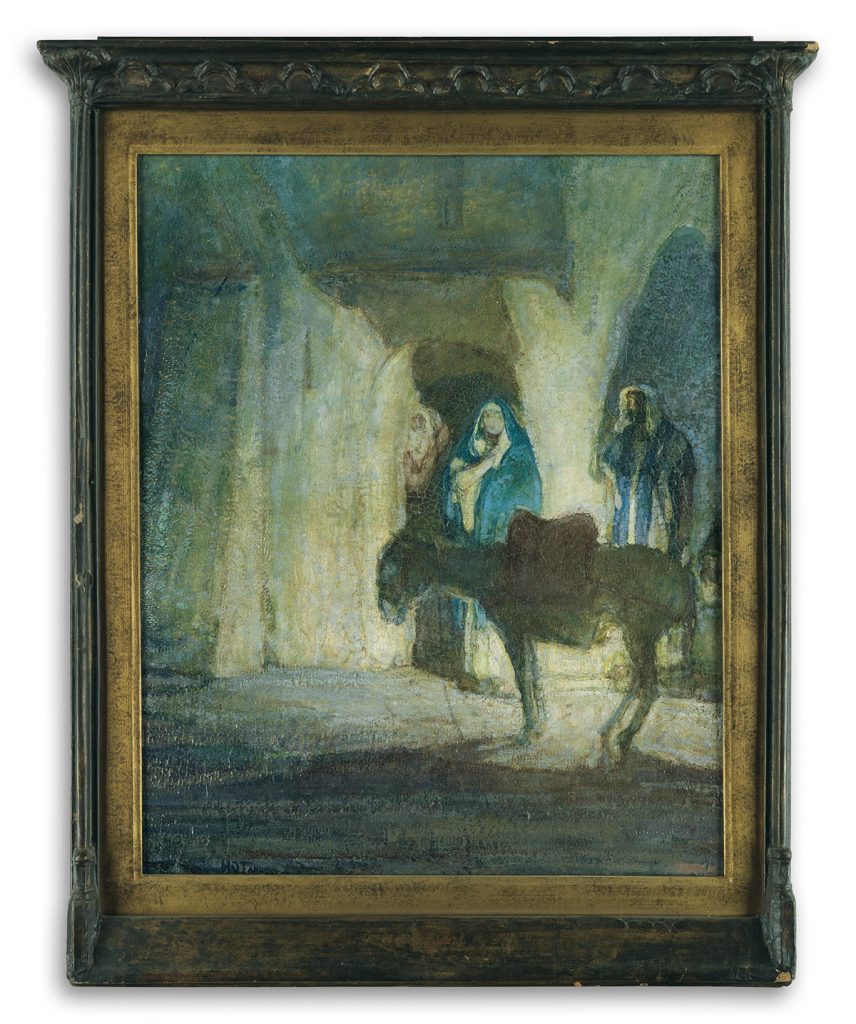 This significant Henry Ossawa Tanner painting has a remarkable provenance as it has been passed down through the descendants of James Joseph Haverty (1858 – 1939), its original purchaser. Haverty was an important Atlanta businessman, art patron and the organizer of paintings exhibitions with Grand Central Galleries at the Biltmore Museum in Atlanta which led to the founding of the High Museum. He purchased At the Gates and The Road to Emmaus from the Grand Central Art Galleries, New York, NY in July 1929 for $1,250. Haverty was an important patron of Tanner’s – he owned five paintings by Tanner. This painting remained in his family’s collection and passed from his descendants to the current owner. Haverty and Tanner also corresponded about this painting and its title in a series of letters between July 1929 and January 1930, now in the Archives of American Art (Tanner papers, Box 1, Folder 23, Archives of American Art).