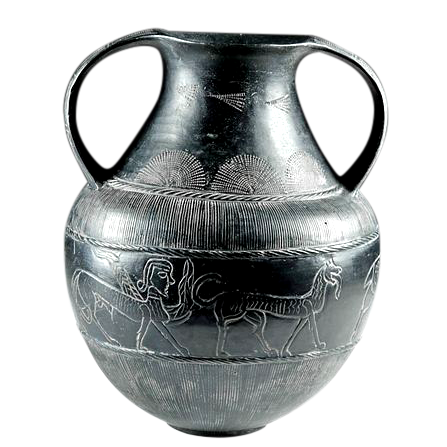 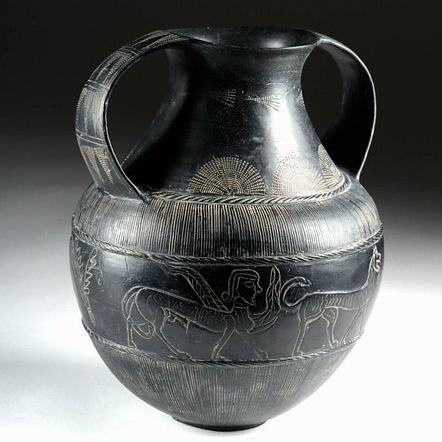 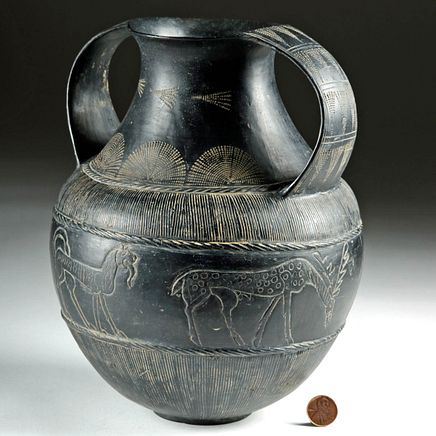 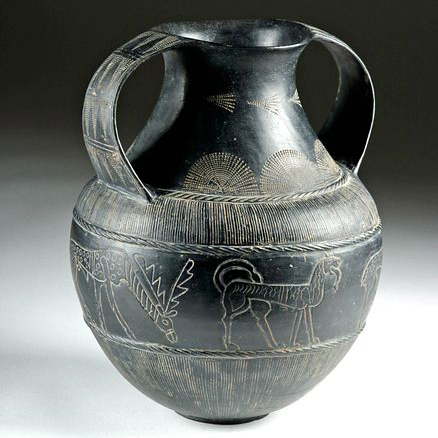 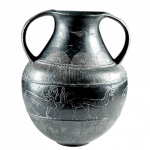 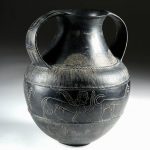 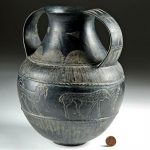 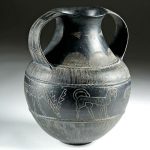 Northern Italy, Etruscan, late 7th century BCE. An outstanding Etruscan bucchero amphora with an extensive and very refined graffiti decorative program comprised of six feather-like motifs around the upper section of the neck, six open fan motifs at the lower end of the neck, just above the shoulder; four bands that each contain three upright feather-like motifs separated and bordered by incised double lines on the handles; a register of incised vertical frets surrounded by bas relief borders with incised diagonal marks; a wide register displaying a parade of four animals including two antlered bucks alternating with two wild felines as well as a centaur. The overall shape of the vessel suggests a funerary context. Similar examples were found at Cerveteri. This particular vessel is among the finest Etruscuan Bucchero amphoras we have had the honor of handling. Size: 7.375″ in diameter at widest point x 9.125″ H (18.7 cm x 23.2 cm)

We ship worldwide and handle all shipping in-house for your convenience.