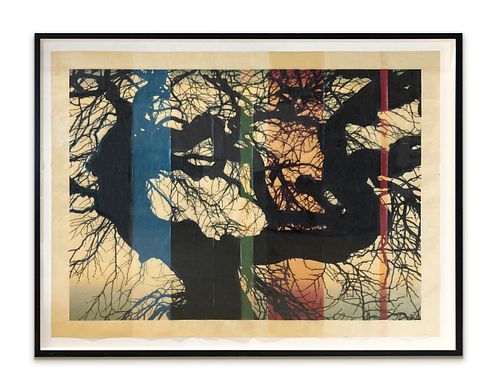 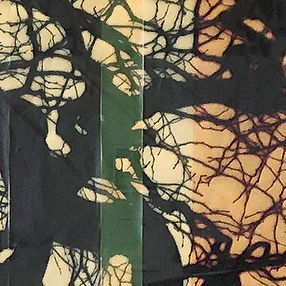 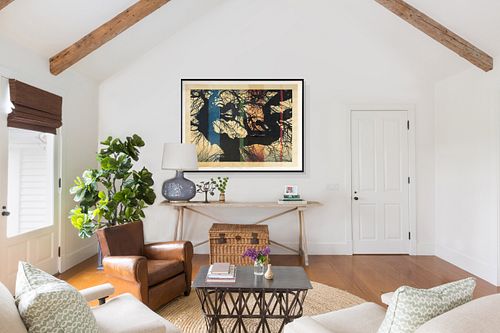 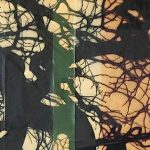 ABOUT THE ARTISTS: “The Starns, who transmit a concentrated and quiet but highly charged energy, have been making art collaboratively as long as they can remember. And, the phenomenon of being identical twins—connected through biology, memory, and imagination—suffuses their artistic ideas. … When they entered the art scene in the 1980s, they became known for collage-like photographic mosaics constructed from roughly cut or torn images, … which they printed on silver gelatin papers, soaked in toner, and joined together with Scotch Tape. The work explores a theory of vision as something comprehended through perception. Gestural and raw, it is also delicately layered and has served as a foundation for everything they’ve done since. In fact, they talk about their art as a rhizomatic structure: ‘always finished, but never complete,’ ideas translating project to project, regardless of medium or material.” —Frances Brent, Modern Magazine

Doug and Mike Starn are collaborative American artists and identical twins. Working across photography, printmaking, and sculptural installations, their work poses questions about existence and its central primacy in our lives. Their photo-based mixed-media works include unconventional materials such as Plexiglas, wood, nails, and transparency film, allowing them to reinterpret images from art history, and incorporate them into their own aesthetic. “We’re trying to show that photography isn’t an image, it’s a three-dimensional object,” they have explained. “It can have the same kind of growth and limitations or non-limitations as the other arts. It doesn’t have to be confined to a craft, or simply the photographer’s eye and then the skill of printing.” Their recent work has dealt mainly with notions of light and dark both as perceivable phenomena and psychological states, manifesting itself in photographs of moths and silhouettes of bare branches. They were born in 1961 in New Jersey and have been collaborating since the age of 13. The brothers went on to study at the School of the Museum of Fine Arts in Boston before moving to New York City in the 1980s. Today, the Starns’ works are in the collections of The Museum of Modern Art in New York, the San Francisco Museum of Modern Art, the National Gallery of Victoria in Melbourne, and the Moderna Museet in Stockholm, among others. The artists live and work in Beacon, NY.