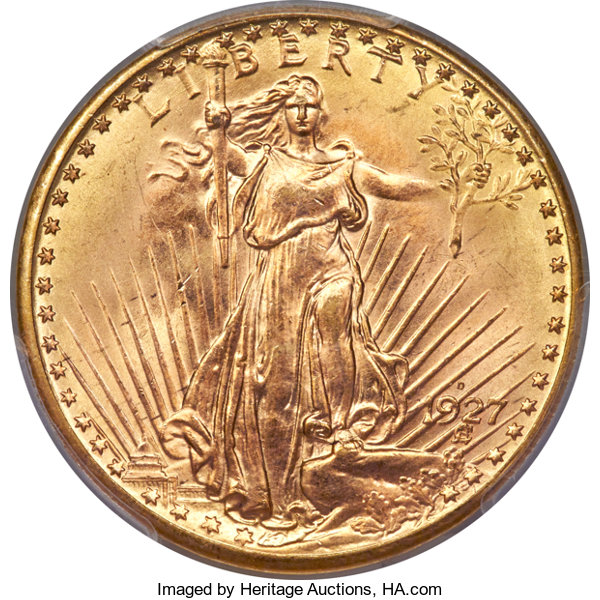 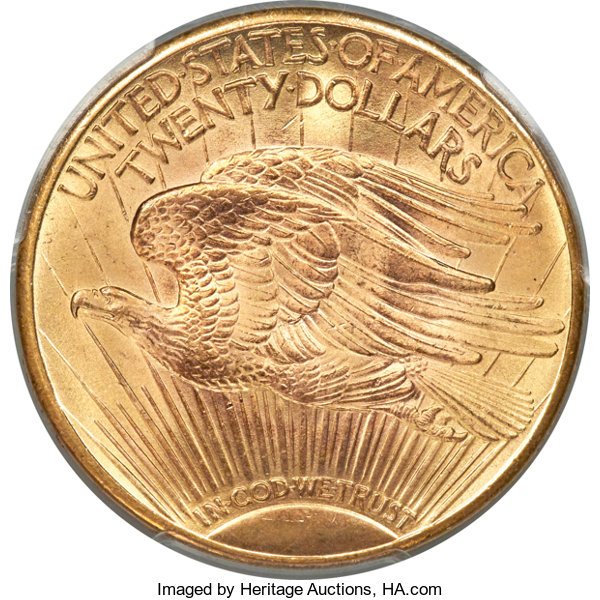 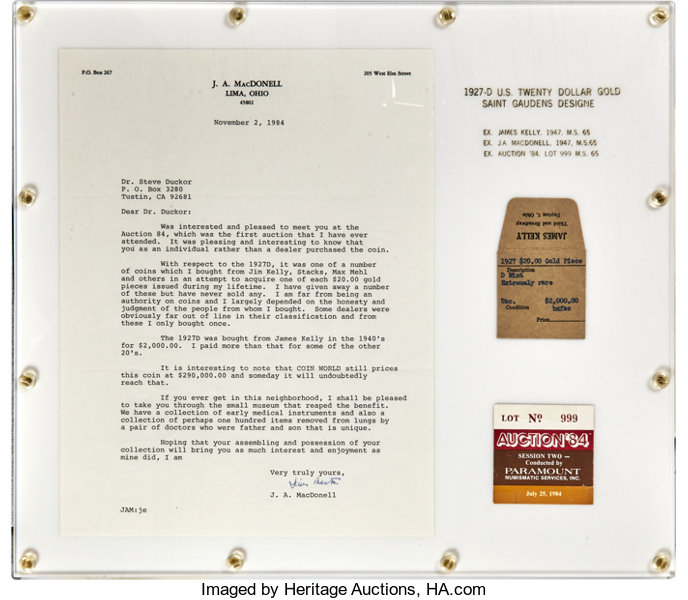 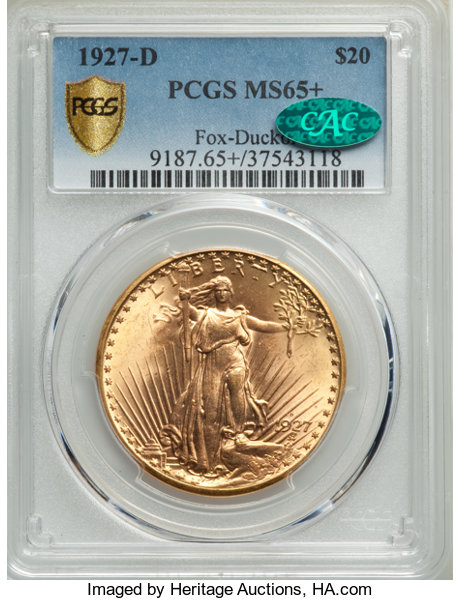 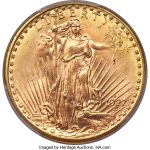 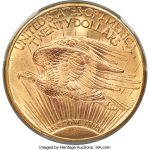 It has been five years now since we handled a 1927-D double eagle, the previous appearance coming during our March 2014 sale of the Donald E. Bently Collection, when we offered the piece listed as #7 in the roster below. That MS63 PCGS coin crossed our auction block at $1,292,500.

The small surviving population of 1927-D double eagles, 12 or 13 pieces all told, is neatly divided into three classes:

–Those which have appeared with some regularity (although not frequency) in the marketplace, and here we count seven pieces (#1-#7 below);

–Those one or two numismatic phantoms, coins that have seemingly disappeared from the numismatic marketplace, possible duplicates, one unseen since 1973, the other (if indeed it is another) unseen since 1957 (#8 and #9, respectively); and

–The four coins presumably off the market forever, ensconced in longstanding museum collections — the Connecticut State Museum piece and the three in the Smithsonian (#10-#13 below).

The foregoing summary, showing an effective maximum population of seven coins in the marketplace, should make it quite plain to potential bidders how seldom auction or private offerings can be expected to occur.

It is noteworthy, examining the roster below, that only a single example of the 1927-D is currently graded MS63 by PCGS, while the majority of survivors that have traded in recent years are in the MS65-MS66 grade range at PCGS.

The present offering, the MS65+ PCGS example listed as #6 below, traces its provenance back to legendary Dayton, Ohio, dealer James Kelly (1907-1968). We recently had the pleasure of discovering that this example, prior to coming to the present consignor, was earlier in the Dr. Steven Duckor Collection. Dr. Duckor held the coin for nearly 15 years, having purchased it from Auction ’84 for $198,000 including buyer’s premium. Dr. Duckor later consigned it to the Dr. Thaine B. Price auction, cataloged by David Akers in 1998. It was unknown to most collectors, but Dr. Thaine B. Price never owned a 1927-D double eagle, even though he certainly had a monumental collection in many regards. Dr. Duckor’s 1927-D, at the time graded MS65 PCGS, brought $577,500. Three years later it went unsold (as far as we can determine) in a Superior auction. It then appeared in our FUN Signature Platinum Night session in January 2014, where it realized $1,997,500 before making its way to our current consignor.